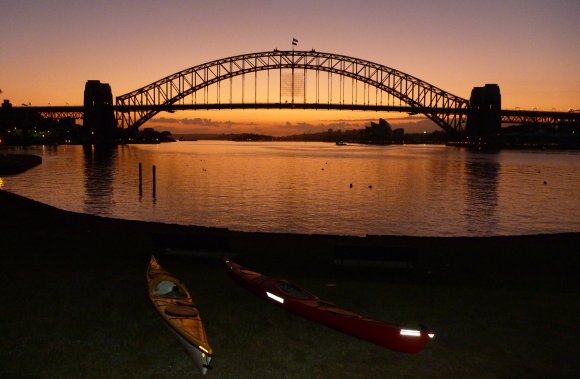 For my first real paddle of 2011 I wanted to get back to the scene of the amazing NYE Fireworks, Sydney Harbour. Grumm and I made the early morning trek a little after 5am to get down for that magical time of the morning, sunrise. And what a morning it was, with glassy waters and incredible light as we paddled amongst the early morning ship traffic. I don’t think words can really do it justice though, so I’m going to let the photos tell the story! 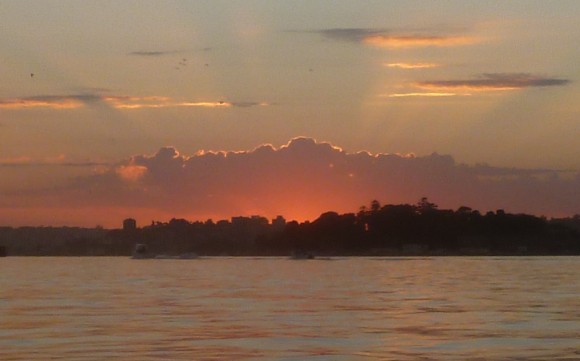 The sun starting to rise in the distance, somewhere over Bondi Beach

Our first ship of the morning. Only a little bigger than Grumm, on the right 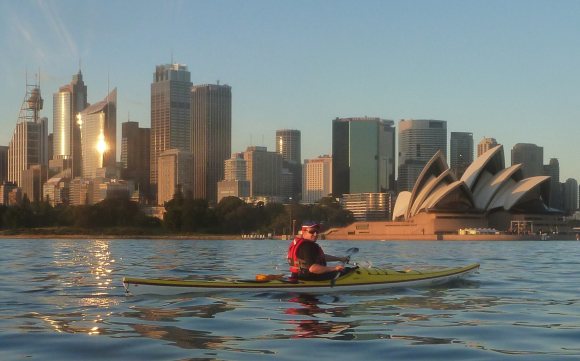 Grumm getting in the way of the camera (again). Stop ruining my shot! 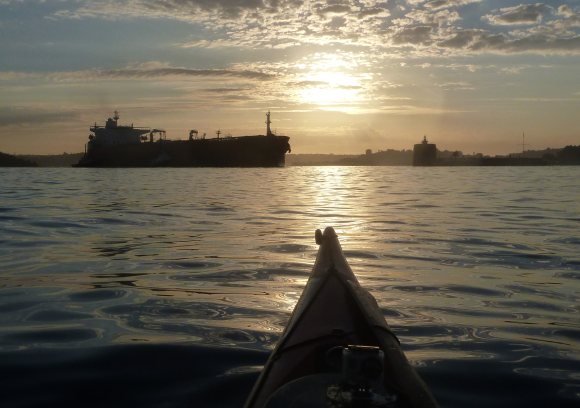 Our second ship of the morning. And not a bad sunrise! 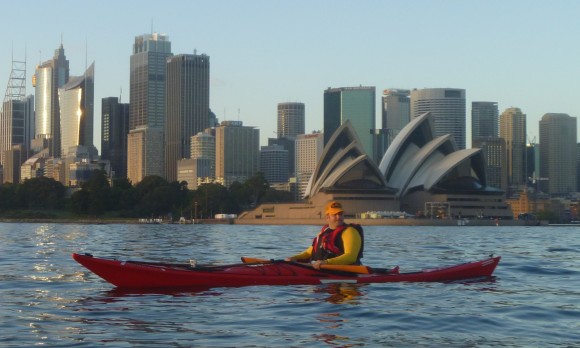 Fat Paddler's turn to get in the way of the camera. Such a media whore! 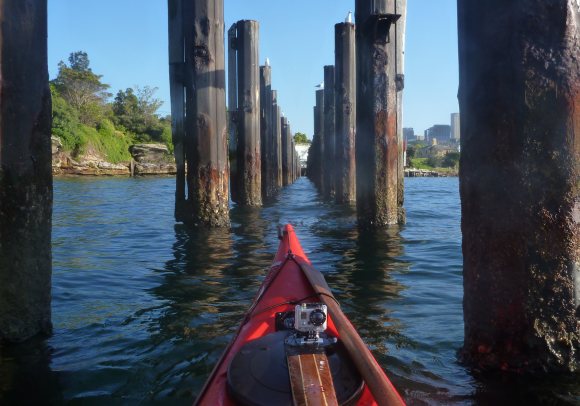 The poles of Goat Island, right in the middle of the Harbour 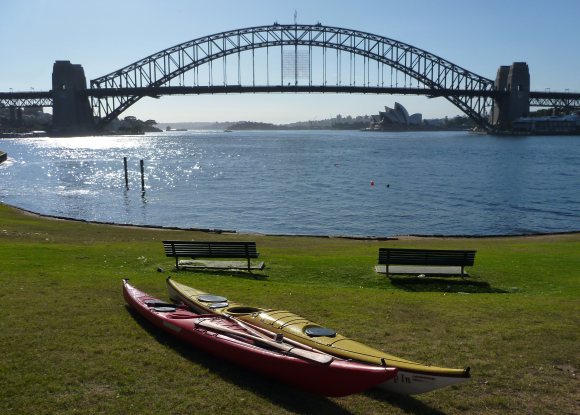 Finished back where we started. There are worse places to paddle!

Since we’d started so early, we also finished in time for breakfast, and had worked up quite an appetite splashing about the Harbour. So we made a quick stop to Wrapido, one of my favourite brekky spots, for some fresh coffee and a decent feed. Seriously, could we start the day (and the year) any better? Somehow, I don’t think so!  Cheers – FP 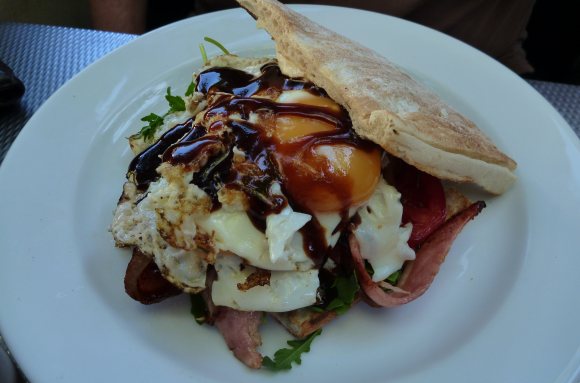 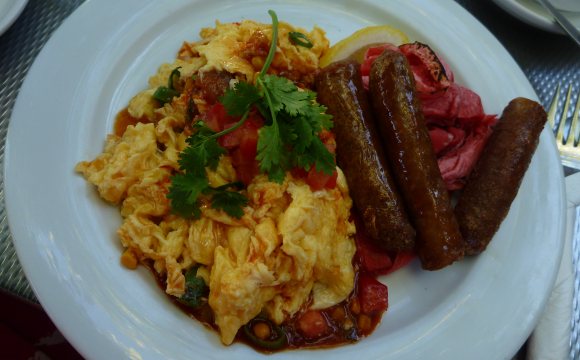 FP's brekky - TexMex Eggs with sausages on the side - yum!

4 thoughts on “Welcome 2011 from Sydney Harbour”