Paddlers in Australia and New Zealand – prepare to mobilise!

I received a cryptic email last night from Commander Soares of the Tsunami Rangers. The short note urged me to respond to the Big Sur Challenge, a call to the watermen and women of the world to take up their paddles, steel themselves with courage and hunt the wild coastline of  California for the fabled Neptune’s Castle. This imposing pyramid-like rock, awash with giant Pacific swell crashing against its steep sides, hides a treasure left by the Tsunami Rangers some 25 years earlier. A note in a bottle, at the very top of the Castle. 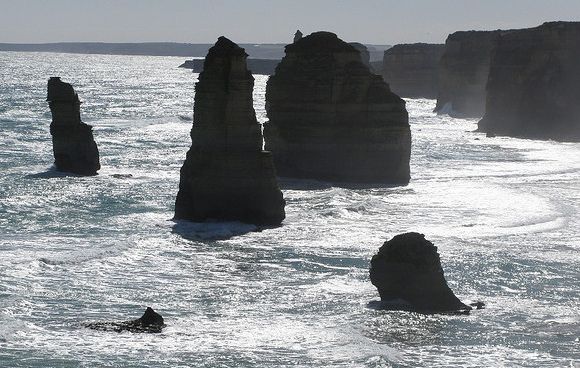 That’s not a castle, THIS is a castle! South coast of Australia (Flickr credit: fritzmb)

Reading between the lines, I couldn’t help but feel that Commander Soares was thumbing his nose at his Antipodean brethren. As he shouts out to the coastal paddle tribes of the US and Canada, his omission of the tough coastal warriors Down Under rang loudly in my ears. Clearly he thinks we are incapable, too weak, too apathetic to take up his challenge. 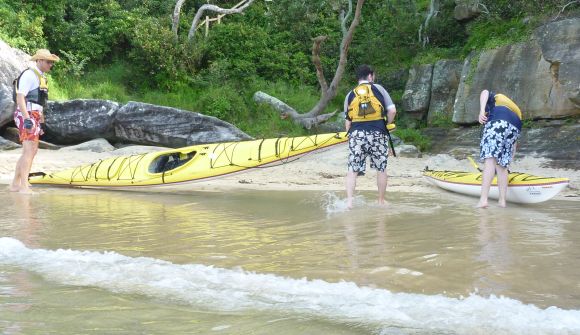 Southern paddlers preparing their raids on the Big Cur

But it’s not the first time the forgotten southern tribes have been underestimated. When the German hordes swept through France back in 1918 they didn’t anticipate coming up against the great ANZAC corps, their troopers fighting fearlessly in slouch and lemon squeezer hats, depriving the Teutonic invaders of their prize. In peacetime the cocky never-beaten Americans forfeited the America’s Cup after 132 years to first the Aussies (1983) and then the Kiwis (1995) in the world’s greatest sailing race. Throughout history the usually laid back nations of the Southern Cross would happily bide their time until the moment to pounce was right, before boarding their metaphorical war canoes in search of sleeping giants to slay. 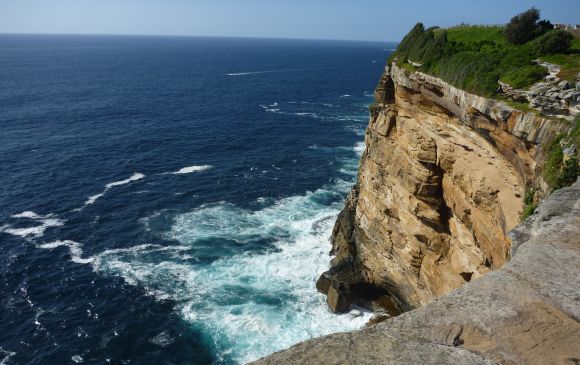 And so I put the call out to great water warriors of Australia and New Zealand to form a new paddle tribe, the Southern Raiders.  To the surfers of Margaret River in the far west, the shark-wranglers of Ceduna in the south, the croc-running white-water paddlers of the north, and the Pacific cliff-runners to the east. To the great sea kayakers of Tasmania, the white-water rafters of Murchison, the mighty waka warriors of Waitangi and the glacial heli-rafters of the Whataroa River. To all my Aussie and Kiwi brothers and sisters, I call on you to sign-up to wrestle the mantle of glory from the North Americans, to find and scale the mighty Neptune’s Castle. Then with a flag of the Southern Cross planted firmly at its peak, the left over remnants of a pavlova dotting the landscape, and the tell-tale empty cans of Speights and VB, the Californian paddle tribes will know the Southern Raiders have paid them a little visit. 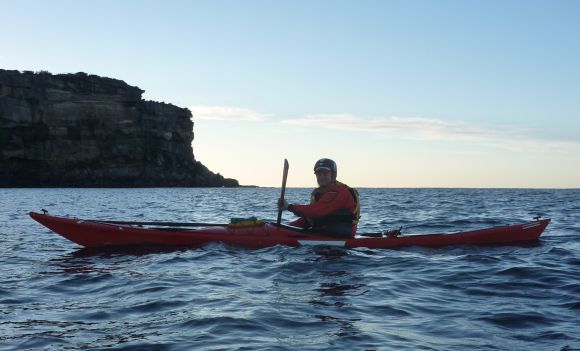 Behind FP, the way to California.. across the great Pacific Ocean

Of course I cannot do this alone. Will YOU heed the call of the Southern Raiders? Grab a case of beer or a bottle of rum, dust off the kayak, pack your thongs or jandals and get ready for the northern adventure. Leave a comment below and let me know you’re in! Cheers – FP