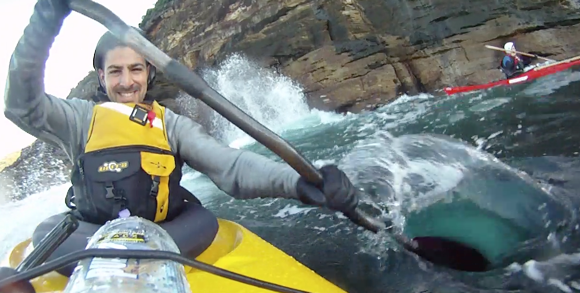 A small contingent of Team Fat Paddler gathered at the The Spit to see off one of the team’s most popular members, Lt Cmdr Gelo. After a year paddling canoes and kayaks with us, the Greek-born Gelo has had to return to Europe to take care of some family matters, leaving behind a country he loves and a team he’d found friendships within. Nat, Grumm, Gelo and I set out for the last TFP paddle before Gelo’s departure, with him determined to squeeze in as many different paddling experiences as possible into the session. 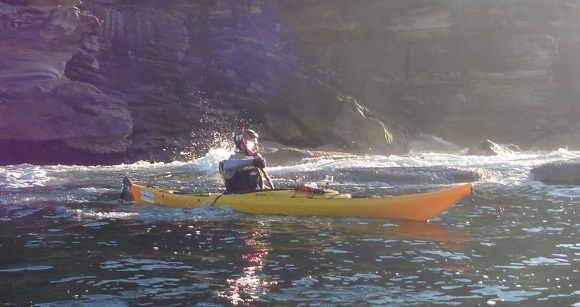 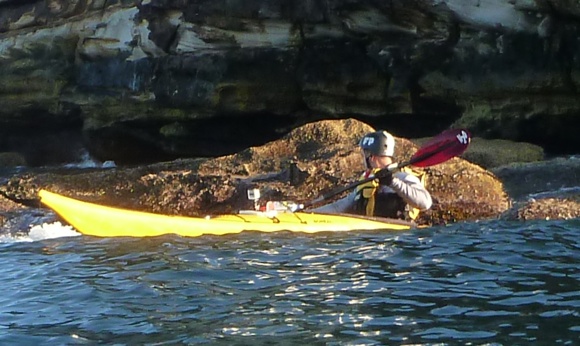 Gelo exploring some rocks looking for some fun

The morning’s conditions were pretty flat with virtually no surfable waves at all, but we were able to find some swell coming into the Grotto Reserve cliffs which made for some interesting paddling in rebound and froth. Gelo and I backed our boats into the cliffs and played around in the bouncy stuff whilst our faster paddling mates in their composite boats took off for safer waters… which we discovered later meant a cafe in Manly! In the meantime Gelo and I decided to rename the Grotto Reserve cliffs to “Gelo Cliffs” in honour of his previous thrashing during our session with Captain Kuk of the Tsunami Rangers. 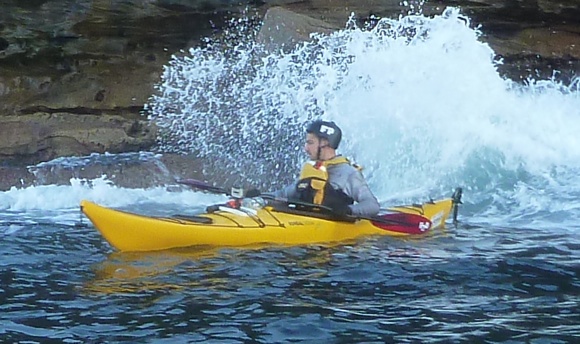 Rebound and spray, a great way to wake up in the morning!

After a few hours playing in the rocks the rest of the team returned and we made our way back to The Spit where we were joined by Lt Cmdr Alan for the usual Egg & Bacon roll breakfast…. Gelo’s last until he someday returns to our shores. 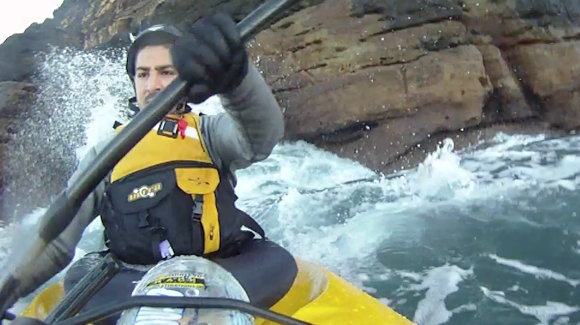 Finding some fun at the newly named "Gelo Cliffs" 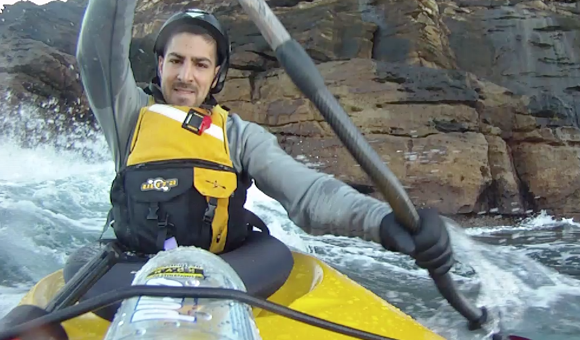 Starting to get pretty bouncy now at Gelo Cliffs 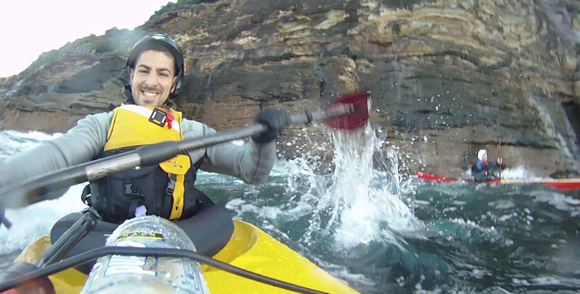 When the morning was done, we took a quick moment to interview Gelo about his experiences in the team. We’ve added his responses to the following video dedicated to his year with Team Fat Paddler… a year of crazy stuff ranging from horse rescues, to rock gardening, to the Hawkesbury Canoe Classic and more.

So from all of us at Team Fat Paddler, safe travels and fare thee well. Stay in contact and your Aussie friends will await your return when fate leads you back Down Under. Cheers – FP. 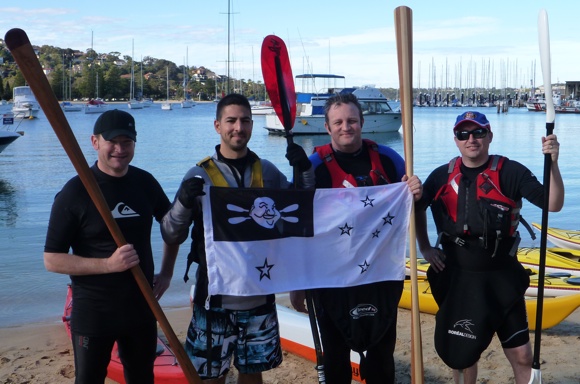