The Rise and Rise of Stand Up Paddleboarding 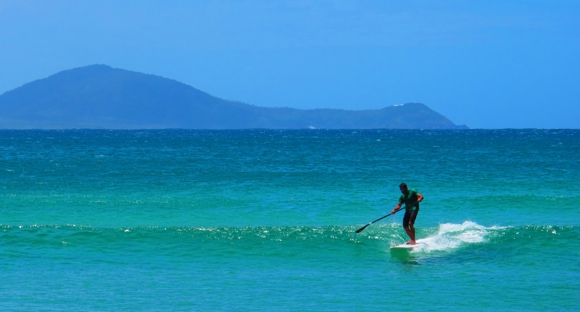 A SUP can give enjoyment on pretty much any wave, anywhere (Photo credit: P. Morgan)

In my time as a paddler I’ve watched with interest the rise in popularity of Stand Up Paddleboarding, a paddling pastime that generally involves a long wide surfboard and a single bladed paddle as tall as it’s paddler. It looks a lot like surfing, except that if there’s no surf, your SUP rider can simply paddle themselves around on flat water for exercise.

I first noticed them at Sydney’s Balmoral Beach, where I’d notice women, some pregnant, taking off in groups early in the morning for a leisurely paddle across the bay. Paddling SUP is a great way to develop core strength without being too energetic, making it accessible to people of all sizes and levels of fitness. 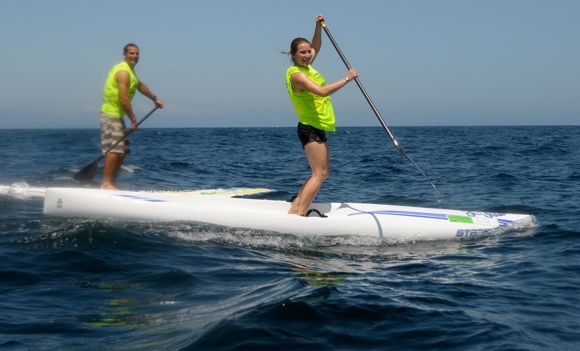 Not that SUP paddling can’t be competitive. In most paddling events now you’ll find a range of SUP categories according to boat length, with the race boards themselves developing into racing shapes and away from the big Mal-like boards used in the surf. There are now so many SUP racers that in the past few races I’ve attended, it has seemed there are more SUP racers than any other category!

When I was younger I used to surf and although my injuries have stopped that, I’ve always missed the surf culture that went it. Loud boardies, fun banter on the water with your mates, and that salty tousled look you have after an early morning surf. Well, the SUP crew have taken on the same culture and seem to be having a ridiculous amount of fun on the water. 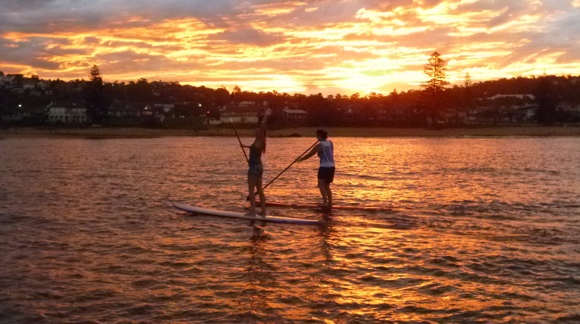 SUPs are a great platform for most types of water, both dynamic or calm (Photo credit: P. Morgan)

Not that everyone is enamoured with the SUP revolution. There are still a lot of surfers who hate the concept of the SUP paddle and will show their dislike verbally, or sometimes even physically. You know the types, the local surfers who scream “locals only” at any visiting crew hoping to enjoy their break, the ones that ride over bodyboarders dishing out fin-chops and then laughing about it afterwards. People like the surfer in this clip below with a clear hatred of SUPs.

Despite the aggressive actions of a few, the SUP phenomenon is growing at an incredible rate, with new clubs and stores popping up all over the world to service the growing global body of SUP paddlers. Major surf brands are throwing their weight (and substantial marketing dollars) behind the sport, as can be seen in this promo video below (hell, it made ME want to buy a SUP!!).

So what to do next if you’re interested? I’ve put together a list of a few places to start that either rent SUPs, or sell them, or are just plain passionate about them. Hopefully you’ll find something to suit. Cheers, FP

Coreban SUP – One of the early manufacturers to get onboard the SUP revolution, Coreban are dedicated to SUP boards and anything else to do with the sport.

High Country SUP – A group of SUP paddlers out of Canberra and Sydney. Many of the High Country paddlers are serving or ex-army and regularly compete in SUP events in the ACT and NSW.

5 thoughts on “The Rise and Rise of Stand Up Paddleboarding”