No-one else wanted to come, even my wife questioned my sanity. A change was coming into Sydney bringing strong winds, dangerous surf and pretty foul conditions. Just the day before one man had drowned off one of Sydney’s Northern Beaches and another man had gone missing.

Sets and sets of clean, rolling waves, on an almost windless morning

But I’d checked the conditions carefully. The swell forecast was around 1.5M and building slowly, easy enough to handle. The wind was going to start from the south west, which meant my favourite point break at the Bower would be protected, at least until the wind swung around to the south-east sometime in the morning. The tide was low meaning the waves would jack up. It had the makings of at least a fun little surfski session in the bumps, and at worst I could always stay in the car if things looked too dangerous. 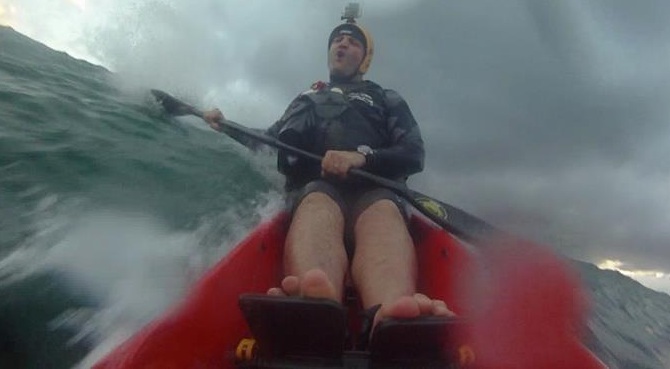 I couldn’t see the surf when I arrived in the dark but I was right about the wind. By the time the sky started to lighten, the ocean looked calm, flat, with the tell tale sign on steady lines of whitewater. By the time I paddled my Stellar SR out to the break, I was met with beautiful rolling sets, clean conditions, and a myriad of hardy surfers.

So for those of us who got out of bed, we got to enjoy some of the best conditions I’ve seen in many weeks. Dozens and dozens of waves, and lots of smiles all round. Cheers, FP

One thought on “The Paddlers Lottery: Stay Warm In Bed or Risk the Weather Warning”