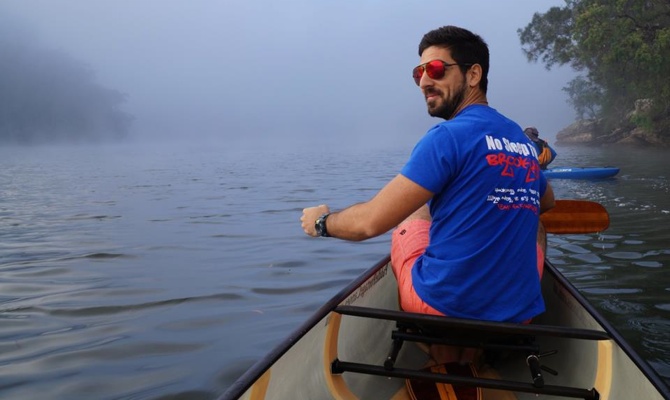 Returning to the Wenonah Minnesota II in morning fog

For the past year most of our paddling has been focused on the surf. Many members of Team Fat Paddler have made the switch to surfskis and are found each weekend chasing waves along the Sydney coastline. But what happens when the surf dies down and there’s nothing but flat water? Rather than tease ourselves along the coast, we often head inland for one of the many rivers we have running through local national parks and reserves. And the best way to explore rivers is from the seat of an open canoe. 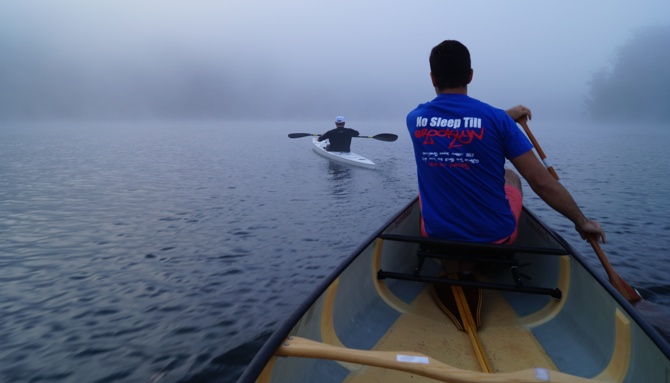 Team Fat Paddler out early before the fog burnt off

Team mate Gelo is my original canoe partner (see Hawkesbury Canoe Classic 2010), but we hadn’t been back in a canoe for close to three years. In fact Gelo had never even been in my canoe of choice, the silver Wenonah Minnesota II that I paddled with Travis in the 2011 Hawkesbury Classic. So on this day of flat water paddling, we decided we’d dig out the canoe and have a run through the Ku-ring-gai National park. 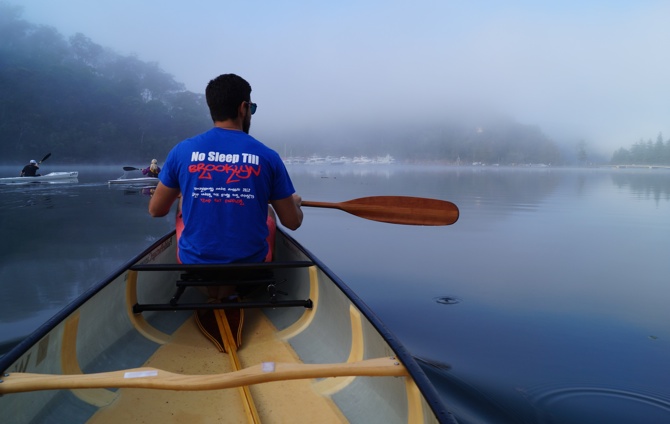 Bpbbin Head as seen from the water

And so we paddled, through the thick early morning fog before enjoying the crisp early light as the sun burnt the fog off, and finally in the glorious sunshine of a warm Autumn day. We laughed, listened to the birds, and sometimes just lay back and relaxed to absorb the beauty around us. When all was said and done, we realised how much we’d missed playing in canoes. Cheers, FP

Note: FP paddles a Wenonah Minnesota II in Barracuda layup, which are available in Australia from Paddle & Portage Canoes.

Watching the last remnants of the early morning fog burn off 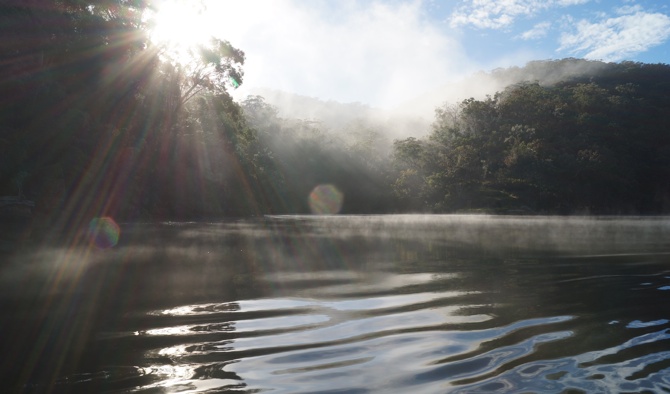 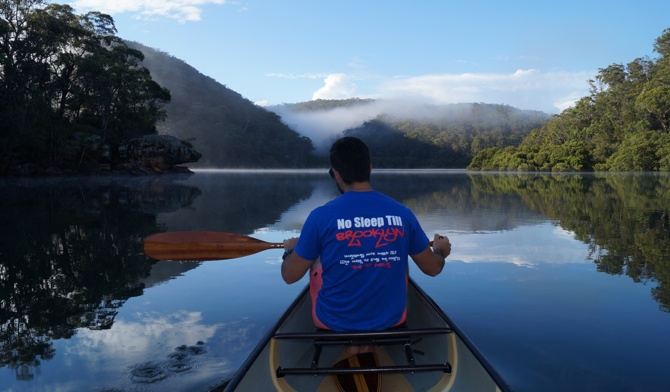 This looks like a great place for a little relax…. 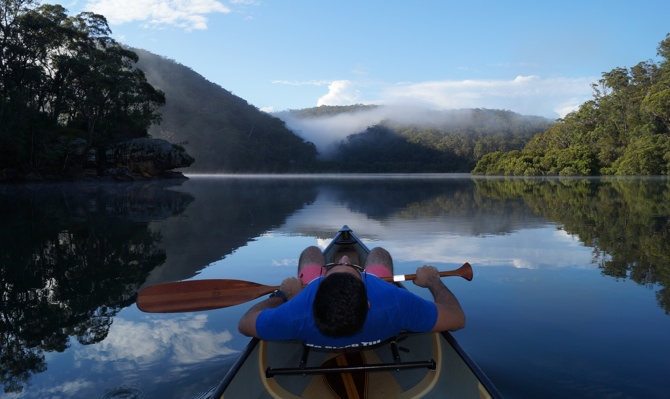 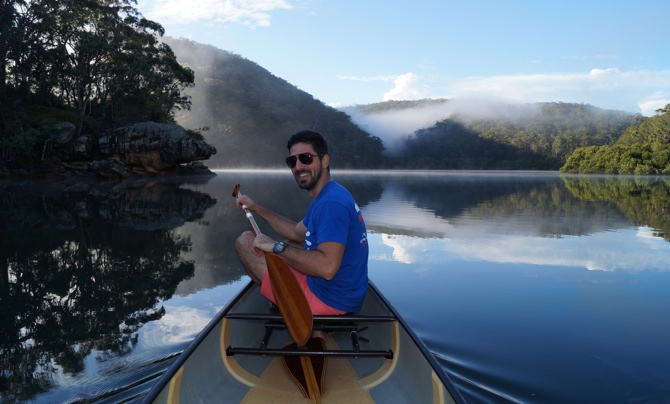 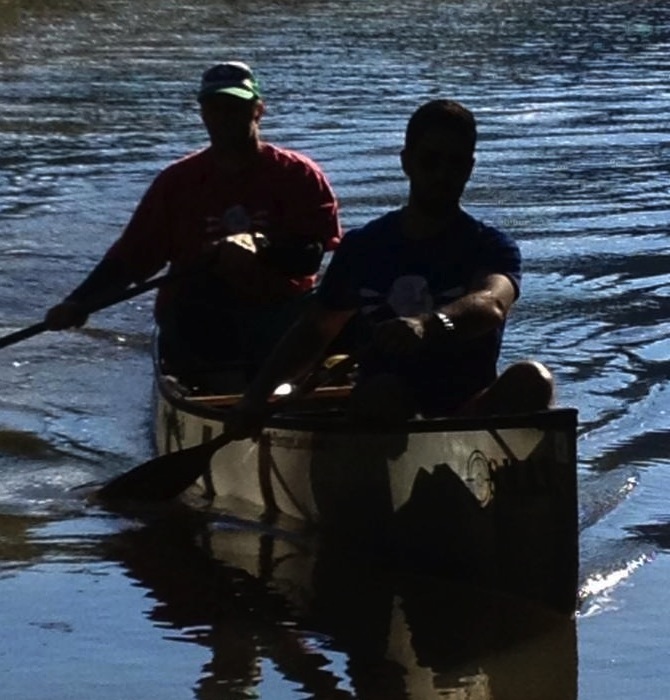 One thought on “Back in the Wenonah: Re-igniting A Passion for Canoes”