There’s been an interesting development (or is that evolution?) within Team Fat Paddler. Many of the crew have made the switch from kayaker to surfski paddler, and gradually their goals have shifted from coffee cruises & flat water marathons, to riding waves on the ocean and competing in open water races. As part of that evolution, many of the crew have also joined morning training squads and sought extra coaching, but for a few of us (namely those of us on Sydney’s north shore) the distance to the coast is just too big to get to these squads before work. 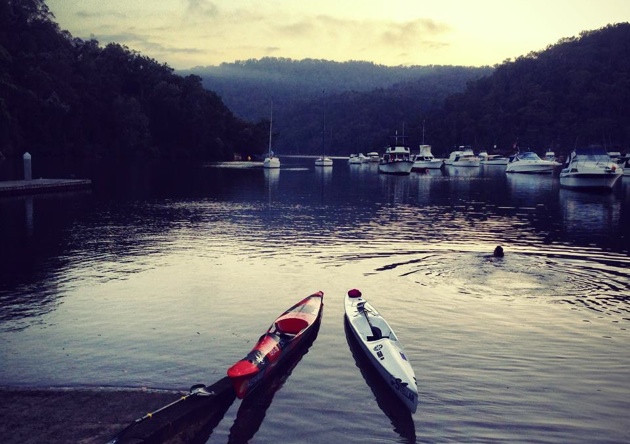 On Sydney’s upper north shore, our closest waterway is the pristine Hawkesbury River system and it’s many meandering waterways, better known to many of us as the venue for the Hawkesbury Canoe Classic. And nestled in Ku-ring-gai National Park is a little spot called Apple Tree Bay, a quick 15 drive for many of us and a convenient spot to launch a surfski. 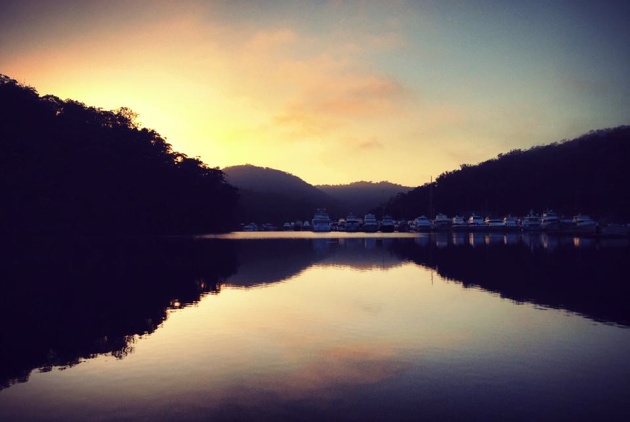 Fat Squad: a magnificent start to the day

And so it is in this pristine spot that Fat Squad has been born … an early morning “training” squad that meets on the water in the darkness at 5.15am, trains/plays/races for an hour before each of us heads off to our respective daytime responsibilities. This is not an intense squad for top class paddlers, but a fun squad for the bottom packers who want to get better, who want to enjoy the fun of competitiveness but against paddlers of their own pace.

Currently Fat Squad trains Monday/Wednesday/Friday at 5.15am … Anyone welcome to come along and take part, just don’t expect too much structure just yet! For more details, head over to Fat Squad on Facebook. Cheers, FP