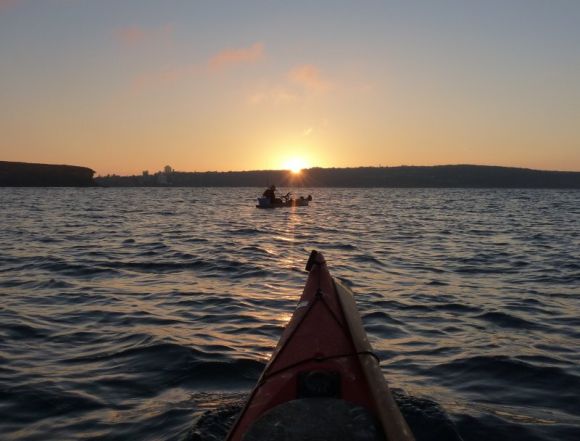 The rising sun and a lone kayak fisherman

Autumn is such a great time of the year. The morning air is cold but the water is still warm, so you get all kinds of wonderful weather effects. Low cloud and fog feature heavily at this time of year, which can create incredibly vibrant sunrises if you are up early enough.

So with that, I climbed out of bed at 4.50am and head off through a thick fog for an early paddle to Grotto Head. On the water with Timbo before 6am, by the time we passed Grotto Point the sky was a deep amber, with the sun just minutes away from rising over North Head. The view from the water was just breath-taking, with the whole scene bathed in golden light. 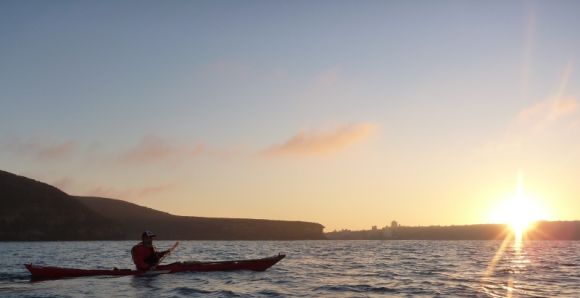 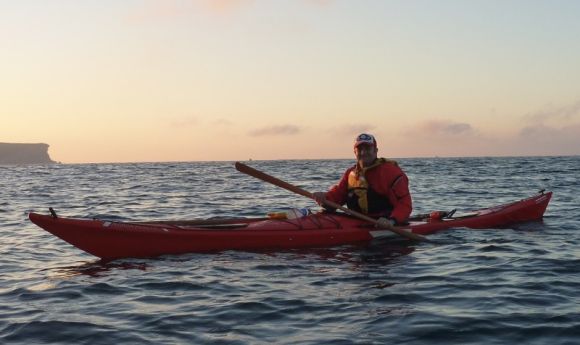 North Head in the background. What a magnificent way to start the day!

I was also taking the opportunity to test out my “new and improved” Elver Tour paddle. This is the locally-made light weight Greenland paddle I used to complete the 111km Hawkesbury Classic last year, which I had unfortunately broken during rolling classes. The maker of the Elvers, Tom Nicholson, had been kind enough to take it away and repair it, and had returned it with new Purple Heart tips in an effort to keep them from splitting again. So I was enjoying the super light weight and feel as Tim and I cruised over to Manly.

Once we got close to Manly we started to paddle in close to the shore, enjoying the crystal clear waters and watching schools of big fish swimming amongst the rocky ledges underneath our kayaks. The call of the rocks nearby was getting stronger, but big rocks call for a brutal weapon, and with that I put the Elver away and pulled out the trusty Adanac. 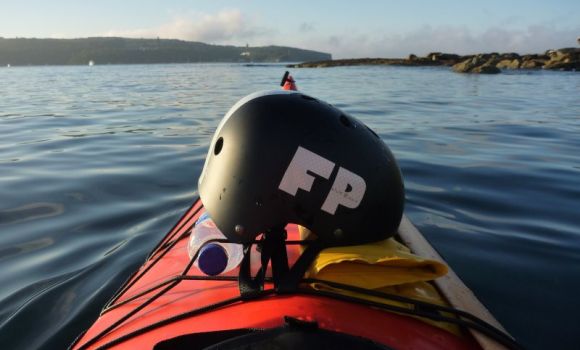 Once ready, Timbo and I dashed across the ferry path to the inner shore of Q Station, where we tracked along the rocky shores heading for the southern end of North Head. As we tracked south the swell started to increase as the cliffs become more and more imposing, and I knew it was time to don the helmet as I explored the chaotic waters washing amongst the rocks. 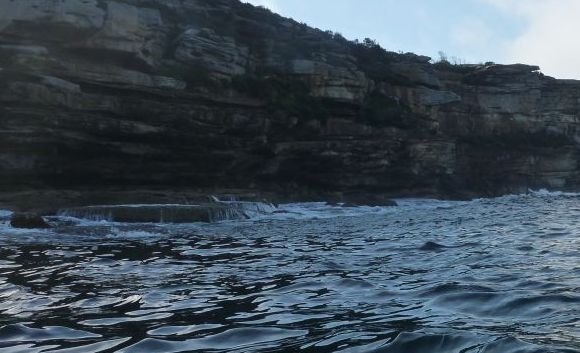 The south end of North Head. Cliffs and swirling water. 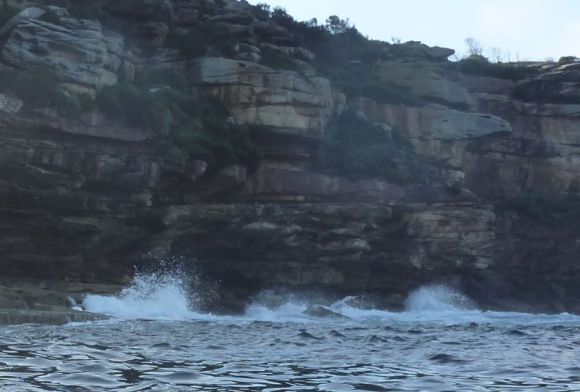 Probably not the bext place to fall out. 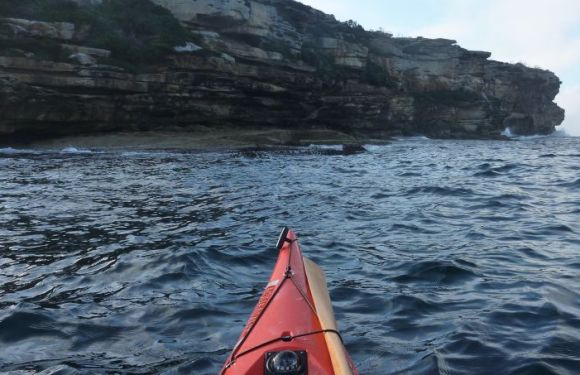 North Head. Crazy place, but beautiful in a rugged way!

After a little fun off the cliff, we turned around and saw the magnificent spectacle of fog rolling over Sydney Harbour. A thin layer of steamy whispy fog was swirling above the waters around Grotto Point giving the whole area a magical whispy appearance, whilst to the south the main body of Sydney Harbour was shrouded in a thick blanket of fog hiding the city from view. 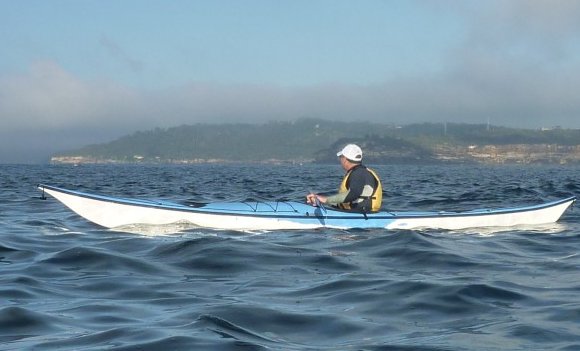 Timbo looking at the fog over Sydney Harbour

The swell and chop was building and it was time to head back, so Tim and I struck out for a direct crossing through the lumpy waters of the Sound to Grotto Point, enjoying the sea spray in our faces as we bounced around in the lumps created by charging Manly ferry wake running into the large swell starting to roll in from the Tasman Sea. Then rounding on Grotto Point, we cruised along the rocks of Hunters Bay, laughing at our mishaps here the week before. 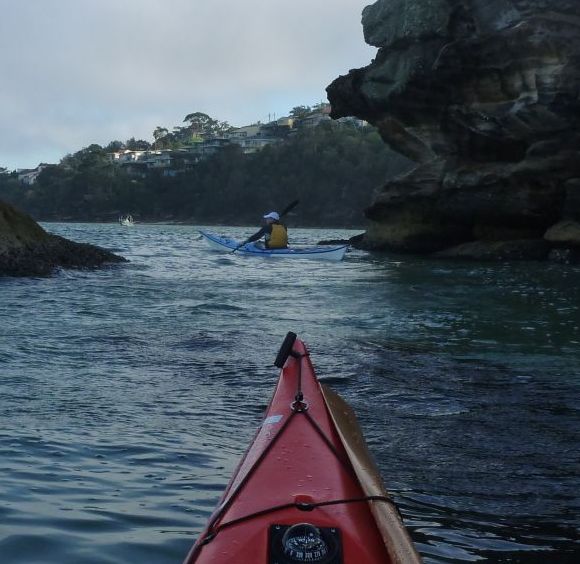 Both of us managed not to fall out in the rocks this week!

As we rounded the final point of the paddle, we came across the New South Wales Sea Kayak Club preparing for a Grade 2 session on Middle Harbour. After a quick pause to look at the various boat sand to say gday to faces we knew, it was back to Sydney Harbour Kayaks for a coffee before the final trip home.

The mornings paddle was a fairly short and quick affair, but we did get to see a magnificent sunrise, paddle the cliffs of North Head and get a hot coffee once finished… and all before 10am in the morning. What a great way to start the day. Cheers! – FP