Grey Skies and Lumpy Rides with the Oddest Paddler Pairing Ever 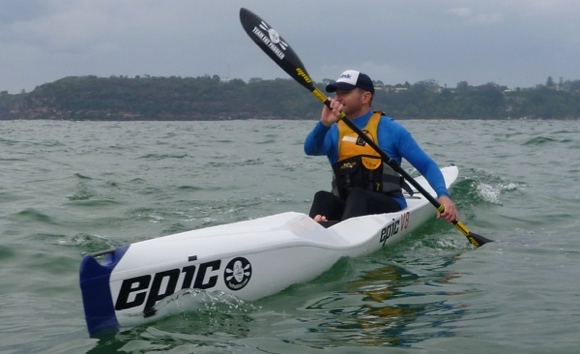 Lt Nat on his Epic V8 Ocean Ski... a touch skinnier and longer than my Remix XP10

The skies were dark and threatened rain as Lt Nat and I set off for an early morning paddle to Manly via Gelo Cliffs. As we paddled out from The Spit you couldn’t imagine a stranger pairing, with Nat in his 18′ ocean ski, and me in my 10′ whitewater boat!

My Liquidlogic Remix XP10 - a touch wider, flatter and a LOT slower than Nat's V8

Despite the obvious difference in speed, we had one major similarity. We both love moving water. Sure, Nat prefers big swell and ocean runners to make his ski fly, whilst I prefer to hug the cliff line and bounce around in white water. But in both cases, its moving water that we love, and on this day, went looking for. 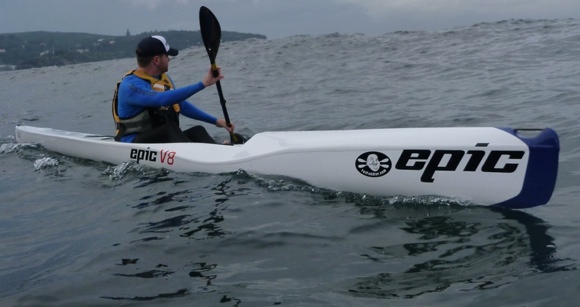 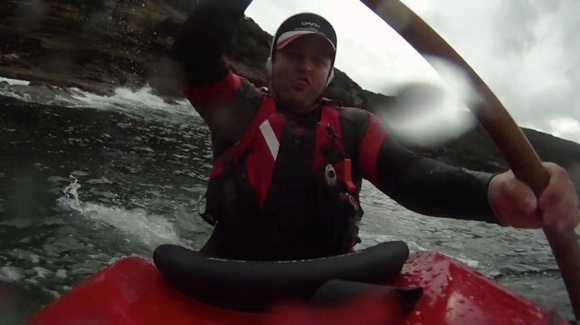 As we made our way to Gelo Cliffs we enjoyed a fairly lumpy sea state with 1m swell giving us something to play in, and the odd 2m+ bumper wave to get excited about. I concentrated on bouncing around in by the rocks in the Remix whilst Nat would take off to deeper water on his ski before turning back to run the swell back in. Despite the major differences in boat design, we were both pretty much enjoying the same lumps, albeit in slightly different ways. 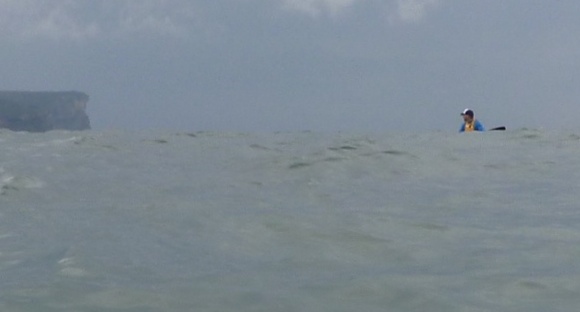 Nat heads out to deeper water to pick his runs back

Of course a 10′ boat doesn’t exactly surf ocean runners particularly well, but it certainly loves flying in and out of the rocks and surf along the cliffs. Whilst Nat surfed swell, I decided to get wet in close to the rocks and froth instead. 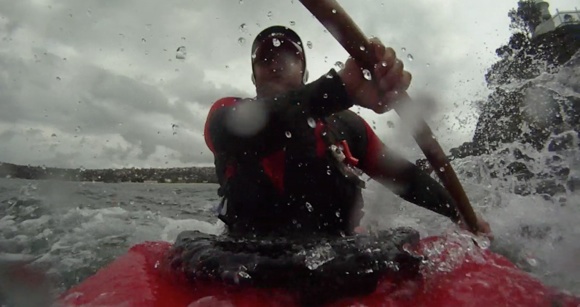 Hell yeah! The great thing about being IN the rocks is that the swell breaks ON you! 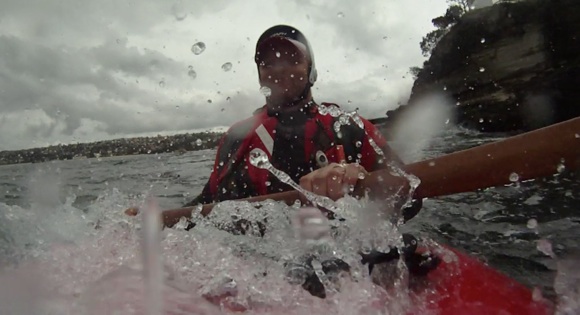 There's really nothing like cold spray in the face to really wake you up! 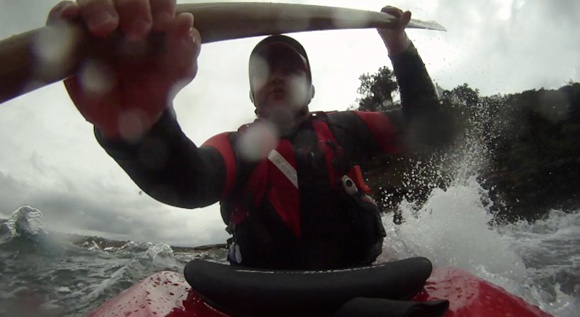 I guess we all get our thrills in our own way. I like mine with lumps!

Not that it was all craziness. We did paddle into Manly for a quick coffee, where we happened across the ridiculously fit Guy Leech having a post-training breakfast of porridge and berries next to us. Of course he went on to tell us about HIS adventures in surf and rocks, including a great one about smashing a ski into a gazzillion pieces in surf at Dobroyd Point. Clearly Nat and I felt exactly like him at that point… a part from the fact he’s fit, good looking, a World Champion Iron Man, a Molokai Winner and if I didn’t mention it before, he’s very fit.

After seeing what a healthy breakfast and daily training might do for us (yeah right!), we took off back to Gelo Cliffs for a last bounce before making our way back in for our own “healthy breakfast” (eggs and bacon ARE healthy, right??). Despite the dark grey skies, we’d had another cracking morning of fun on the water, despite the fact our boats are so different! The moral of the story? Don’t let your boat hold you back, have fun in whatever you get to paddle! Cheers – FP