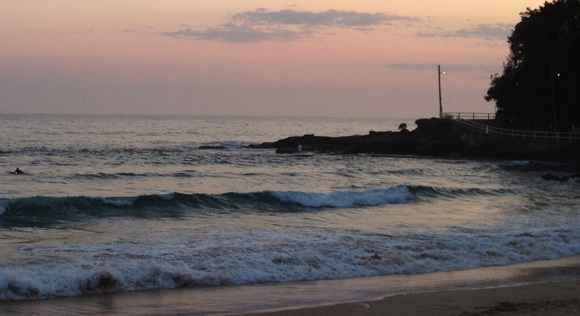 In the aftermath of the Hawkesbury Canoe Classis, a recent paddling event that if I’m honest with myself, I didn’t enjoy too much, it would be important to re-acquaint myself with things I truly love. And for me, that means getting back into the surf. 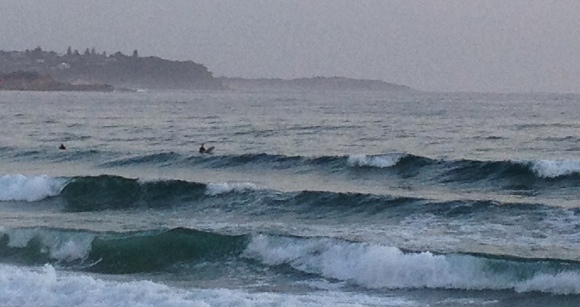 I convinced paddling mate and fellow Stellar surfski paddler Grumm to come with me for the session. Arriving at 5.30am, we had a chance to unpack and watch the breaking morning, and the ebb and flow of the surf, and the early morning surfers making the most of the quiet part of the day. Then, setting off, we discovered just how hard it would be to get through messy, breaking surf after months of flat-water training and little real stabiliser work!

Bouncing around, I managed to just hang on as I burst through breaking waves, finally making the outer break zone before looking behind me for Grumm, who was having a somewhat more difficult time of it. In fact, he’d had at least three swims before making it through the break, but finally made it through for the short run out to our favourite point break, just as the sun crept up over the horizon. 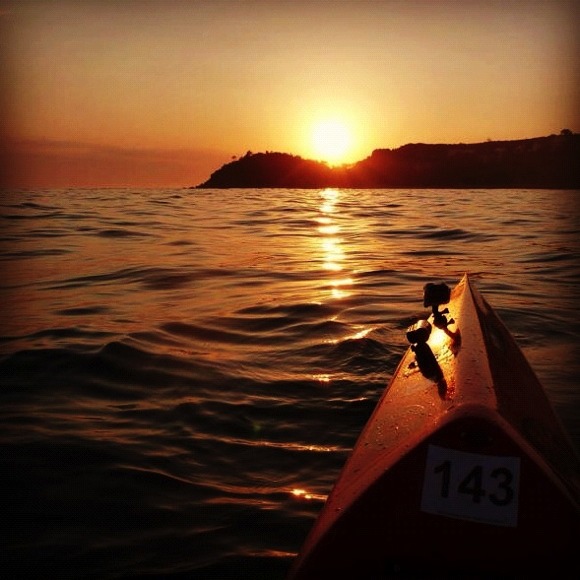 The run out to the Bower as the sun arose. A magical time of the day.

Once we got there, the surf was choppy and sloppy, giving Grumm even more grief as he struggled in the lumpy conditions. But as I started to string a few waves together, I was reminded of what I loved about my sport. The spray hitting me in the face as the nose of my ski buried itself into the water in front of waves gave me that excitement jolt, waking me up fully and proving once again that for me, paddling is about getting wet, and being in the water, and not just about flat water cruising. 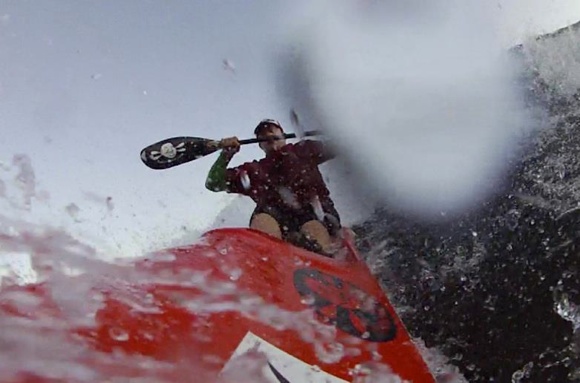 Taking the drop off a steep wave, the nose buried, water spraying me in the face… brilliant!

Of course, Grumm wasn’t the only one to go swimming. I managed to catch a fat pumping wave and then despite the safe track leading off to the right, I for some unknown reason swung the nose of my surfski to the left and took the only route that ends up in a wall of froth, or rocks, or cliff, or all three. Inevitable I came off, lost the ski in the surf, and had to climb & swim through the rocks and surf to get back to my now distant boat! 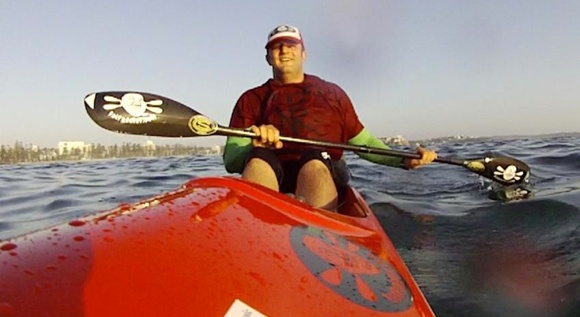 Back aboard after a bit of a swim & grinning from ear to ear. (Thanks Bill for the Neptune’s Rangers tshirt!)

Funnily enough it’s the falling off that I love the most. It’s just like my old rugby days, where my two favourite things were smashing someone, or being smashed by someone… it’s that feeling of being truly alive, of being totally absorbed in the moment. For me, the surfing part of my paddling is what really matters… it’s not the races, or coffee cruises, but the times when I’m feeling the power of the ocean underneath me (and occasionally, all around me!).

We all paddle for our own reasons and enjoy it in different way – it’s what makes paddle sports so good for so many people.  But no matter what type of paddling you’re engaged in, make sure you get to do the parts of it that you really love. Cheers, FP