Jason Beachcroft: Attempt to Paddle Around Australia, including Tasmania 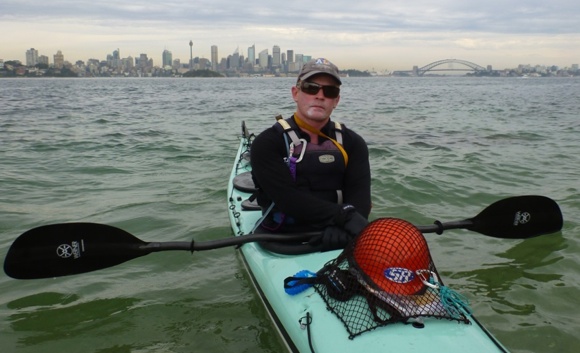 Jason Beachcroft in Sydney as he commences his paddle around Australia

What makes someone want to take on an enormous, time consuming expedition? This is the question that kept cropping up in my mind as I spent the morning of Saturday 12th January 2013 with Jason Beachcroft, as he packed his boat ready to commence his grand 15 month adventure paddling around Australia. It was a question that largely went unanswered, with Jason preferring to joke with gathered friends rather than give too much away as to his motivations. The only hint was that reading Paul Caffyn’s book “Dreamtime Voyage” years before had had a part in it. 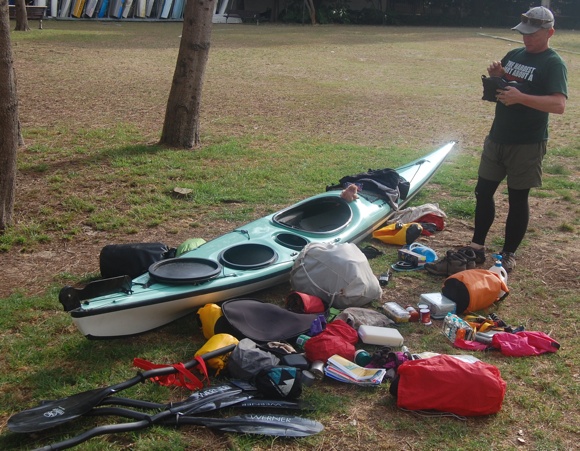 Few people have attempted the paddle, with luminary names such as Paul Caffyn, Freya Hoffmeister and Stuart Trueman to name but a few. But none have done what Jason is attempting – paddle around Australia including the southern island of Tasmania. When I pressed him on how long that might take or how many kilometres it was, he told me he didn’t really care for the numbers. More than 15 months most likely, and somewhere over 25,000km. An enormous journey by anyone’s consideration. 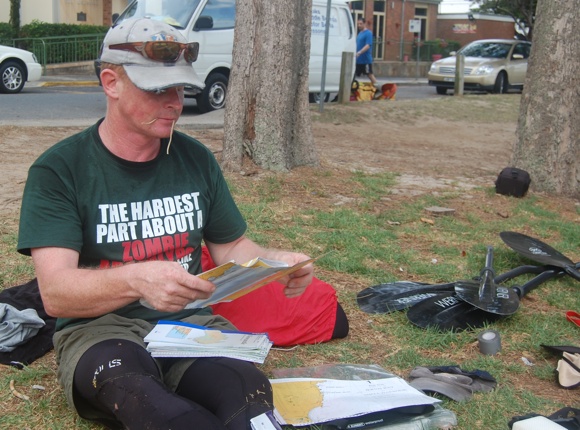 Maps, maps, and even more maps! Jason has a good look at the first map of the journey 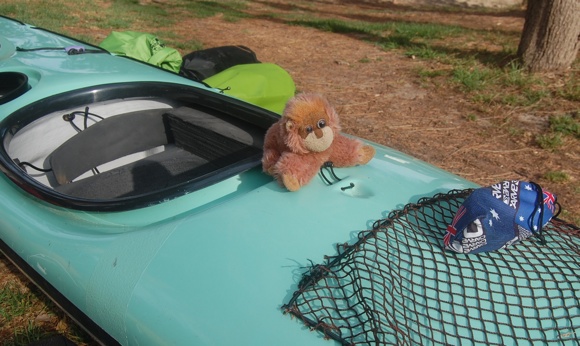 Jason’s only companion on the trip – Omahm, the pirate monkey. Yarr!!

Jason’s background is centred around the outdoors. He spends six months of the year living in the Blue Mountains, working in outdoor education and guiding people through canyons and valleys, with the remainder of the year spent living in the Snowy Mountains where he works and guides in the snow. His paddling experience included running whitewater as well as sea kayaking, with remote rivers in the far north of NSW and the wild rivers of New Zealand rated amongst his favourites. 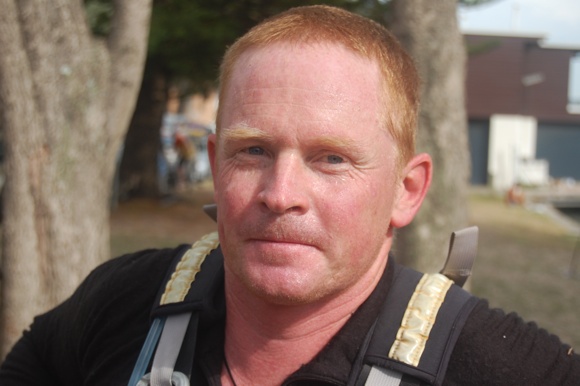 Jason Beachcroft in his last moments on land. Calm, relaxed and focussed on the journey ahead 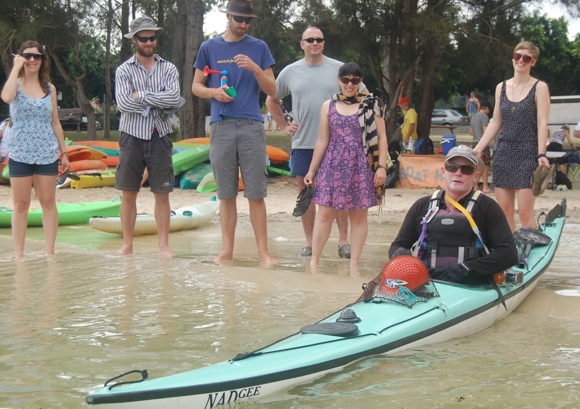 Amongst a small gathering of friends, Jason departed the beach at Rose Bay, Sydney on 12th January 2013

When Jason was ready to leave, he hugged his friends & family and then, to the sound of their cheers and the blasts of a cheeky airhorn, he paddled away from Rose Bay and into Sydney Harbour. I had the pleasure of paddling with him, taking some official photos as he left, and chatting to him about his final feelings on the trip. Was he nervous? Not at all, although he admitted he had been the night before and had barely slept.

Jason and Fat Paddler paddle away from Rose Bay

Our final 5-6kms paddling together was fairly quiet, as Jason thought about the journey ahead. We passed the usual sights of Sydney Harbour – fishing boats, packed harbour beaches, other kayakers – without anyone knowing what he was about to attempt. But Jason’s not too fussed about that, figuring he’s yet to actually do anything and not really deserving of any attention just yet. I did point out that such an expedition takes many months, even years, of planning and preparation, so it was hardly fair to say he hadn’t yet “done anything”, but he just smiled and nodded, clearly more interesting in getting on with it.

When we finally reached Sydney’s famous Heads, I waved him off with some final advice before wishing him the best of luck and a safe journey. With a smile and a nod, he was off, paddling away heading north, and onto his grand adventure. 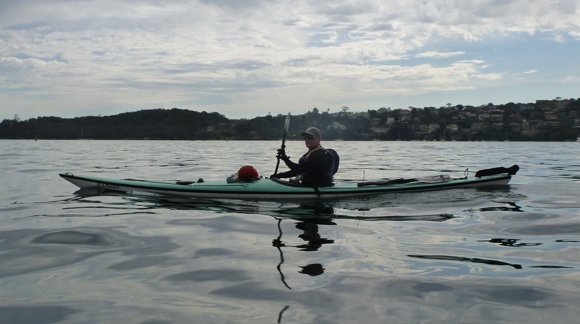 Jason on approach to South Head, and his adventure just ahead

And he’s off! Jason paddling out through the Heads.

Jason will keeping a blog of his travels and is running a Spot locator so his whereabouts can be followed by interested parties. His website is JasonBeachcroft.com and updates will be posted frequently from the Paddlemag Facebook page. Cheers, FP

One thought on “Jason Beachcroft: Attempt to Paddle Around Australia, including Tasmania”