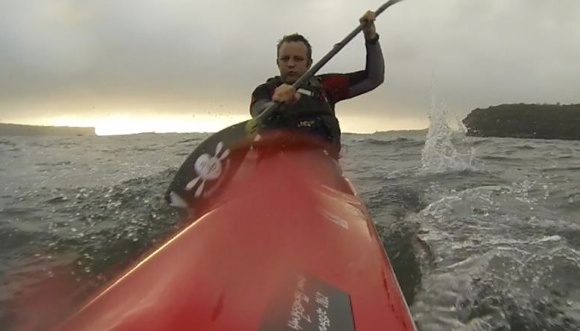 Riding the storm chop and swell at sunrise

The weekend had been set aside for the iconic Manly Wharf Bridge to Beach race, but another round of late-Summer storms hit the east coast of Australia with a vengeance, and by Saturday the Sydney coastline was being pummelled by huge ocean swell and gale-force winds. The organisers had no choice but to postpone the event to ensure the safety of the many recreational paddlers who take part, much to the disappointment of many of the elite paddlers, some of which had traveled great distances for the race and would be unable to return the following week. 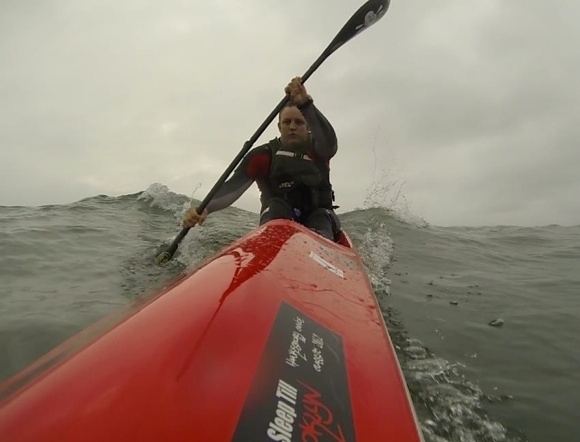 Of course not all of us are elite paddlers, but there are some of us who don’t mind a few bumps. In fact the 3 metre easterly swell had me quite excited, as my old stomping ground opposite Balmoral Beach, Grotto Point, has been known to throw up a brilliant surfable wave when the swell is big enough. With that in mind, a few of us (including Nat from sydneysurfski.com who was up from Adelaide) arrived pre-dawn at Balmoral to see the huge waves come barrelling in. 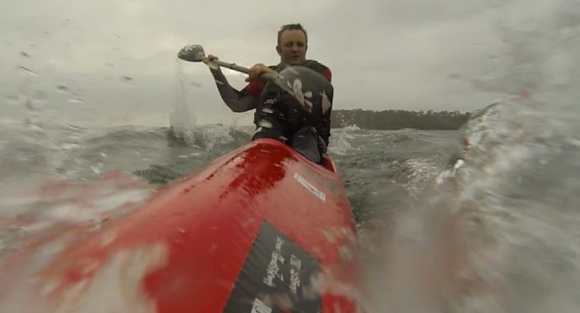 Of course nothing ever turns out quite the way you expect. By Sunday morning the swell had dropped to around 1.5M at most, with only the odd big set coming through every ten minutes or so. There were no big rolling waves, just lots of wind and chop making the water messy as hell. The smaller waves were breaking over Grotto Point, but only really over the rock garden section, where the wave jacks up, dumps and then dies, all in the midst of rocky outcrops where I’ve previously left considerable bits of boats-past. Not exactly great for surfskis, but if timed right, enough to get a few rides in. 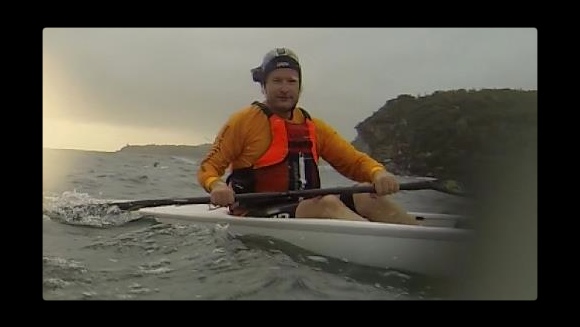 We spent the next few hours paddling out amongst the chop beyond Middle Head, running downwind back into the Harbour, and of course catching a few breakers through the rocks of Grotto Point. Perhaps not the greatest surf session we’ve ever had, but certainly enough fun in the bumps to have us all smiling by the end of the session. 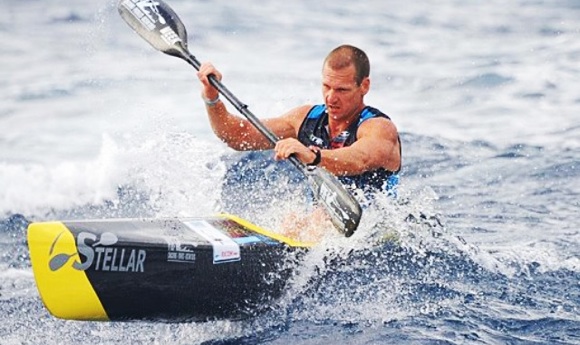 A nervous Matt O’Garey preparing to take on FP in the Bridge to Beach. He was lucky to escape this time.

Our one main disappointment of the morning was somehow not finding Stellar paddlers Matt & Luke O’Garey who we were supposed to be paddling with (they’d come from Coffs Harbour & Tasmania respectively for the race which never happened). We did get to catch up with them for coffee later, but it was just a shame that I didn’t get to blow them away in the downwind runs. A lucky escape this time boys, a very lucky escape indeed. Until next time! Cheers, FP

One thought on “Surfski Surfing the Storm Chop at Grotto Point”