The Long Journey from Fat Paddler to Healthy Paddler

Fat Paddler talks about weight loss, nutrition and training to be a better paddler

Friends of FatPaddler.com will have noticed the site has been fairly quiet of late. My focus has shifted somewhat away from the light weekly adventures of old for something a bit more serious. My focus has shifted to becoming fitter, healthier, lighter, and through it all, ultimately a better paddler. Some may call it a change in direction, others a mid-life crisis, or perhaps just a timely wake-up call.

Early in 2014 four separate events lead to a final decision to get fitter. The first was viewing the FatPaddler.TV documentary being made about the 2013 Hawkesbury Canoe Classic. Whilst the footage was fantastic and the story compelling, I couldn’t get past one single fact – I was fat, and I mean REALLY fat. Here I was, 4 years after taking up paddling seriously and yet I hadn’t managed to get my weight under control. 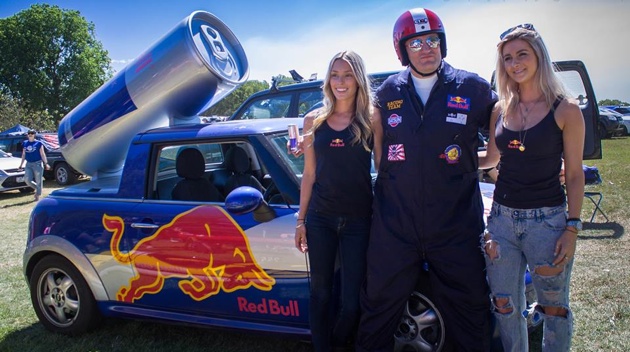 A hefty Fat Paddler at the 2013 Hawkesbury Canoe Classic

The second event was a terrible pain that started in my knees. I discovered it coming down the stairs at work one night when I felt a stabbing pain in my “good” knee joint, a crippling, blinding pain that felt like something was very, very wrong. I only felt this going down stairs, but it was consistently painful. And there was no doubt my extra weight was putting strain on it, making it worse.

Thirdly, my father had a fall last year which ended in crippling ligament injuries that forced him to give up his active retiree lifestyle. After cutting out his exercise, his hips collapsed and he was told he needed two hip-replacements. Years of additional weight and a genetic predisposition to arthritis had claimed him as soon as he ceased to exercise, with dramatic results.

Lastly, I attended the launch party for the Open Water & Harbour Series and was enthralled by ex-Olympian, surfski coach and captain of the Australian Surfski team Jim Walker talk about the teams trip to the World Championships in Portugal. His account of the experience was both mesmerising & funny, but at the end he talked about how anyone could get into the National team if they really, really wanted to. It left me with the thought that, regardless of whether or not representing Australia was achievable for an old cripple like myself, what was stopping me from being a better, faster, more competitive paddler? 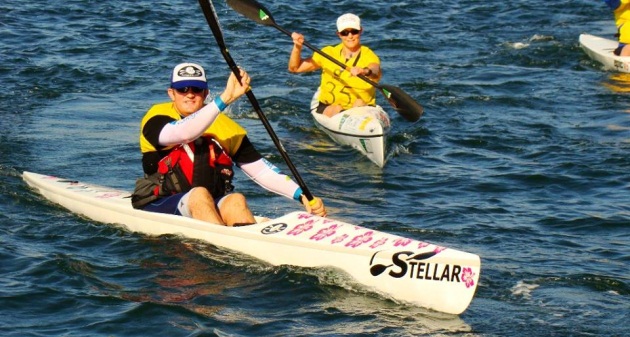 Seeing myself in video so large, with growing joint pains, and a father going through major medical procedures, all added up to a dire picture of the future. I had to do something about it, I had to want to change my lifestyle and shift my future away from the seemingly constant state of obesity that has plagued me for decades.

In December 2013 I weighed 126kg, so I set a goal of sub-95kg. There’s no time limit on it, just a goal to work towards. I haven’t actually been that weight since 1995 when I competed at the Australian University Games in Judo at the tender age of 23. For my build, its a good healthy target to strive for, and one that I’m happy to review once I get fitter and get closer to it.

Exercise & training are important for greater fitness but for weight loss, nutrition and diet are 80% of the solution. “Eating clean” is a term that roughly means cutting out processed foods and replacing them with a good, balanced diet of nutritionally dense foods – i.e. organic meat & vegetables, fresh fruit, nuts and grains etc. Calorie control is simply calculating your daily energy requirements (including any exercise component) and ensuring your calorie intake is at least a little less than your metabolism needs, thus helping the body to use stored fat for energy. I’m actually a quasi-vegan by choice, so I already eat a lot of fresh fruit and vegetables, but I do have to be careful that I don’t eat too many carbs or any sugary products… or even alcohol for that matter (difficult when you work for an online wine company!). The simple mantra of unprocessed foods is what holds strongest, as well as careful calorie-counting to make sure I meet my training nutrition needs (i.e. not too many, but not too big a deficit either).

Firstly, let me say no supplement regime can replace the goodness of whole foods. That said, dietary decisions (like my non-meat diet), the strain of physical training and consuming a calorie controlled diet for weight-loss can lead to nutritional deficits that supplements may help with. I take a decent “supplement stack” to support my training which I get from specialist stores like Australian Sports Nutrition or my local chemist. On a daily basis I’m taking an organic vegan protein to support lean muscle growth, BCAAs (Branch Chain Amino Acids) and Glutamine to reduce muscular recovery times, L-carnitine to increase the use of fat in my metabolism, magnesium to reduce cramping, fish oil to support overall health and reduce inflammation, and multi-vitamins & probiotics for general internal health. It’s a lot to take, but important to ensure I don’t leave myself nutritionally depleted as I increase my training load and reduce my calorie count.

Supplements can be used to support healthy eating & good nutrition

On the training front the first thing I’ve done is added in early morning paddles (with the crew known as “Fat Squad”). This has been great for general fitness and for paddling endurance, with our 1 hour plus sessions a mix of cruising, intervals and racing amongst the crew. Already I’ve felt my stroke and balance improve and my overall speed increase. The Fat Squad crew (myself included) have a long way to go to be truly competitive but getting time on the water is an important step for us all.

Where I’ve made a bigger step-change is in the gym. I started off going to my local gym (Bayswater Fitness in Surry Hills) a few times a week, doing 20 mins of cardio and then another 40-50 mins of core conditioning and weights. This kicked off my training and was a good way to ease into it, but once I got used to gym work again, I knew I needed more to speed up the process and to help me with solid, safe lifting form. My next step was to get a trainer.

Then I met Mark Nino, from Top Health PT. Mark, or “Machete” as he is known, is a first class trainer who leads by example. He’s in the gym every day training, lifting serious weight and doing it all with impeccable form. He’s been through a body transformation himself, going from above 100kg to a lean & fit 78kg. He understands the importance of nutrition, rest, supplements and training and how to combine and cycle them to get the best results. 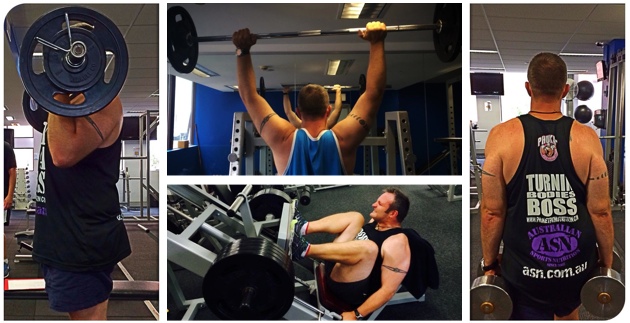 Together we’ve been training hard, building my strength 4 days a week with weight training and my conditioning 1 day a week with an HIIT-style program. I’ve dropped 15kg and a couple of clothing sizes since December, whilst gaining lean muscle and increasing my strength. The results are already incredible, but in context are just the start of a far longer journey to get down to that 95kg mark. We have a lot to do, but are consistently working on getting me there.

The Long Road Ahead

Two weeks ago I paddled in the Lifestart Kayak for Kids and had a ball. Despite the fact it was more of a social paddle, I set a much faster time than in previous years, relished stringing runs together around Middle Head and into Balmoral Beach. I felt stronger, fitter, more stable, and generally enjoyed the paddle far more than I have previously. Last weekend I paddled the Rose Bay Challenge in some difficult conditions, but despite feeling quite good about the paddle, ended up coming last in my category. Despite some good early signs, I clearly have a very long road ahead to return to something like the fitness of my youth and to be competitive on the water. With slow, steady and dedicated progress however, I hope to be a very different paddler by 2015. Watch this space! Cheers, FP 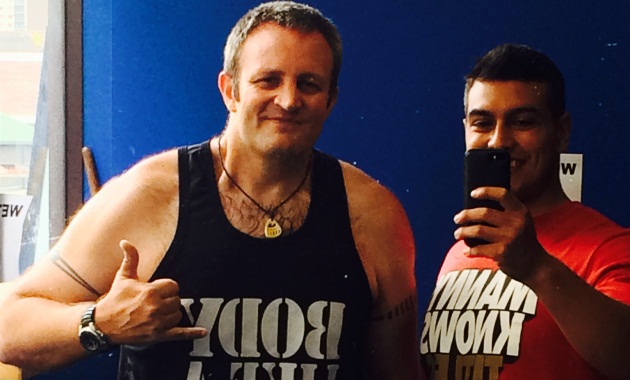 Time to work out… but first, let’s just take a selfie