From Fat Paddler to Fat Powerlifter – A Lesson in Humility, Movement and Self Awareness

It’s been 16 months now since I started to hit the weights and commenced a journey that has introduced me to the sport of powerlifting. Last weekend I took part in my first official “sanctioned” competition under the International Powerlifting Federation (IPF) & Powerlifting Australia flag, which meant putting all that training to use in front of a live audience and a room full of very, very strong men and women.

Putting aside the fact I was fatter, older, weaker and generally uglier than all the other competitors…. it was a pretty bloody good first hit out. I learnt a great deal about how these competitions run, about how strict the rules are (what do you mean my elbows aren’t locked out enough??) and about the standard of the local competition. I also managed to successfully squat 185kg, benchpress 135kg and deadlift 190kg, giving me a total of 510kg on the day, which whilst not entirely where I wanted it to be, still gives me a total which is not entirely embarrassing.

The journey to this point has been fascinating to say the least. Anyone involved in a strength sport is forced to learn a great deal of science as they transform their bodies into efficient mechanical lifting machines. When I started I couldn’t squat 40kg, now I can squat 185kg after 16months of work involving different cycles of training that have worked to correct physical imbalances, personal areas of weakness/injury & poor movement patterns, all whilst feeding the body the right fuel it needs to adapt to the progressive loads it’s been subjected to. And don’t even start me on the central nervous system training!

Like any sport it takes time to work towards the podium and I’m no-where near it yet. It feels strange sometimes knowing that I’m now one of the strongest people at the gym I go to, but one of the weakest powerlifters in Australia (in my weight category at any rate). It’s a good lesson in humility knowing that whilst I’ve improved myself and my strength massively, there’s still many people far stronger than I’ve become and that it will take many more years of hard work before I’ll be able to walk amongst them. 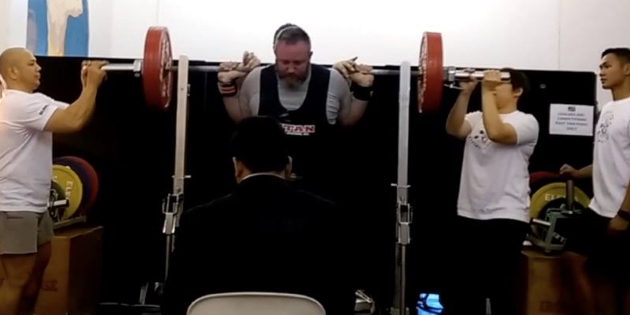 Squats… probably the most physically demanding of all the powerlifts

That said, it’s been fascinating to learn that strength athletes are all incredibly humble and supportive of each other. On competition day, it’s understood that each competitor is really competing against themselves, pushing their bodies to the absolute limits of physical capacity with a goal to be better then they were the week before. As part of that, the people cheering the loudest for you are your fellow lifters, the ones who truly understand the effort and mental strain that goes into every epic fight against gravity. Your fellow lifters also understand the journey you’ve taken, the many hours spent in the gym, the constant existence of feeling sore and hungry and tired. It is the shared experience of hard work that ties the lifting community together into a close knit group that can be competing bitterly against each other one minute, then demolishing a restaurant menu together a few hours later.

On a personal level the journey has been an important one. As always I still struggle with my weight, but the underlying issues of my past injuries are being addressed. I’ve spent the last 9 years living in constant pain as a reminder of my last motor vehicle accident, but correcting my movement patterns and strengthening weaknesses has finally taken the pain away. I’m moving better and pain-free for the first time in almost a decade, having solved through intelligent coaching and training what doctors could not. It’s probably the greatest gift that powerlifting has given me… It’s given me back Quality of Life. 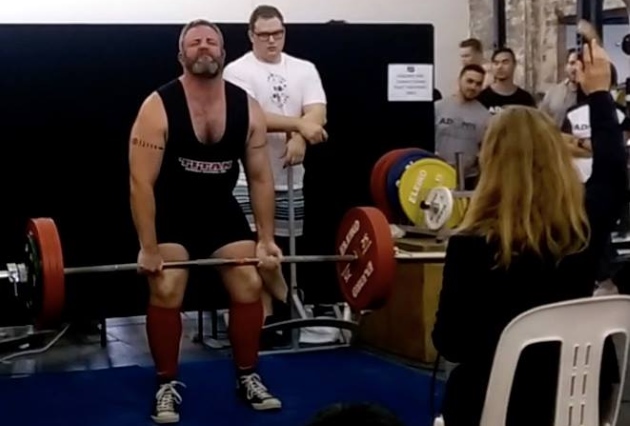 Personal struggle…. this is what powerlifting is all about

There are a few people I need to thank of course. My strength coach Mark Nino (elninofitness.com) who took me in as a weak, semi-crippled old bugger and slowly pieced me back together again carefully and methodically. He’s a good guy as well and I wouldn’t be here today without his care and guidance. Gym owner Trent Nguyen from PTC Sydney runs novice comps throughout the year that allows numptys like me have a go and discover what powerlifting is all about. There’s no doubt his comps have introduced a huge number of people to the sport so a big thanks to Trent for putting them together. To my fellow lifters  and training partners, and in particular Josie (thegirlwholifts.com) and Kris “Salsa” Cheggers, thanks for inspiring me and pushing me to get better. And of course a special thanks to my lovely wife Rebecca and my daughters Grace & Ella who have put up with my hairy “strength beard”, my constant moaning about DOMS and insatiable appetite for protein. 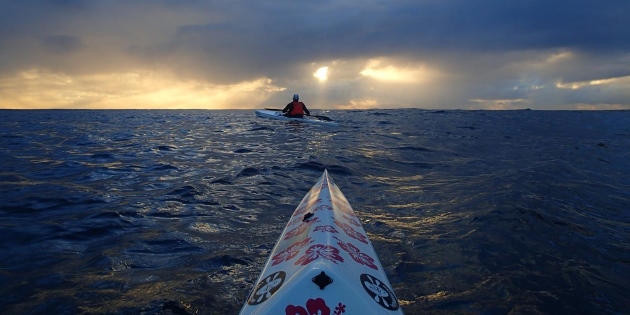 A moment to reflect – sunrise at Manly

Of course I still paddle (albiet far less often). As it so happens training for short bursts of explosive power doesn’t quite line up with long periods of endurance paddling, so my ability to paddle for hours on end have been reduced. But I still love the meditation that the ocean brings and the exhilaration of racing down waves and wind chop. I just might need a wider bucket in the ski going forward…. ha! Cheers, FP

2 thoughts on “From Fat Paddler to Fat Powerlifter – A Lesson in Humility, Movement and Self Awareness”