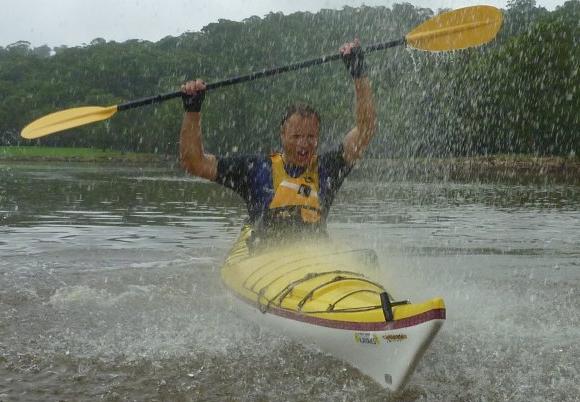 Huge fun in a rare waterfall off the Roseville Bridge

It’s funny how some of the best paddling days start off with low expectations. With Sydney being deluged with water and hit by waves of big blowy storms, I really didn’t expect much from the day’s paddle other than a hard slog into chop and wind, but needed to get out and test the new “Rock Garden Series” by Adanac Paddles. Luckily on arrival at The Spit we were at least greeted with glassy conditions across the murky stirred-up water.

With half of Team Fat Paddler unable to make the day’s paddle, I hooked up with Alan Jones and Tim Kennings for a run up to the Roseville Bridge. But as we took off up into Middle Harbour, we were met with a floating raft of debris washed into the Harbour from the flooding rains, that stretched as far as the eye could see. 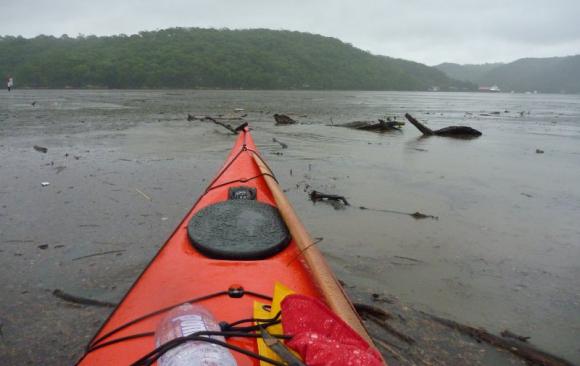 Debris packing the surface of Middle Harbour tangling our kayaks

Cutting through the debris proved annoying, although it did yield a treasure trove of tennis balls, which we promptly scooped up to throw at each as we made our way through the mess. Like ice-breakers in Antarctica, we smashed our way through, only needing to reverse back out of tangled timber on a few occassions.

Once in Bantry Bay we met the Coffee Boat for a quick coffee in the pouring rain, before making our way west to the Roseville Bridge. As we travelled, we started to discover waterfalls gushing through the hills and into the Harbour, which we promptly paddled over to for closer inspection. These falls were beautiful, slicing through the hills and amongst the trees, but I was bummed that I couldn’t get a decent shot from the kayaks. Still, we photographed a few as we went. 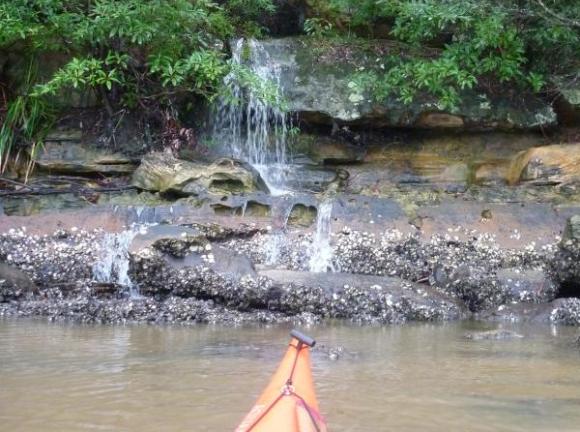 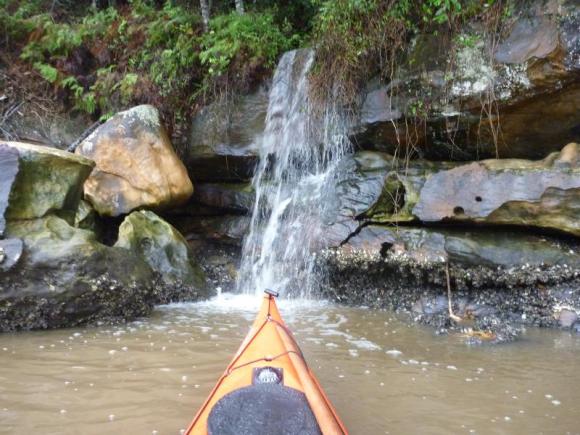 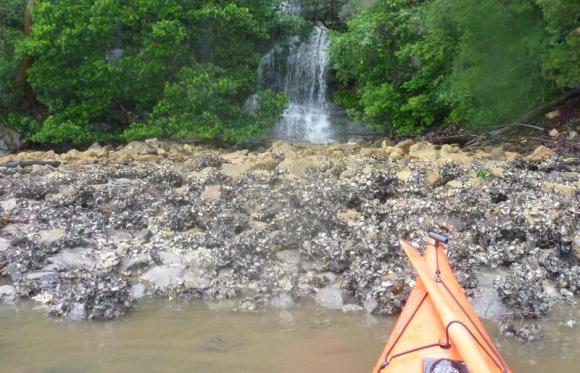 Waterfalls hidden in the green bushland, seen from the oyster beds

Once we turned the corner into the Roseville marina area, we could see the Roseville bridge a kilometre in the distance and could just make out a series of waterfalls cascading off the bridge, with one big central waterfall in the bridge’s centre. Alan immediately joked that he was going through it, despite our protests that the water would be dirty from the bridge above. We all paddled down to the Bridge to get a good position to see Alan go through, but seeing him laughing wildly as he ducked under the rushing water like the Solo Man, we all decided to get in on the fun. 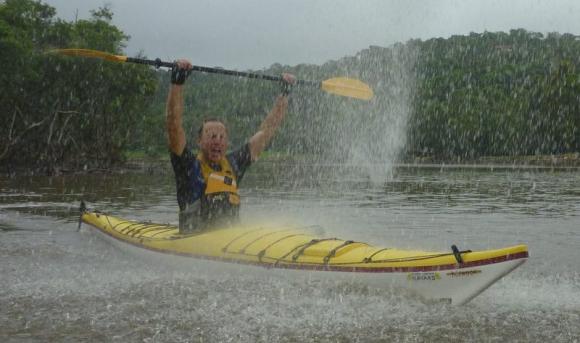 Alan's first run through the waterfall 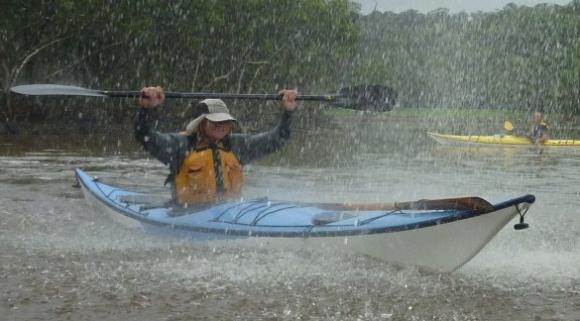 Timbo follows with a dash under the shower 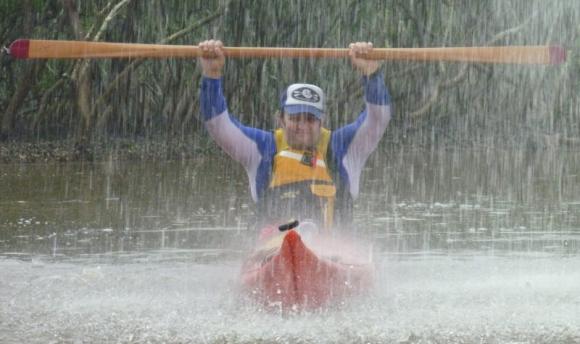 Fat Paddler wants a turn with his new Adanac Paddles!

This day of ordinary weather was turning into a heap of fun, as we mucked about in the waterfalls laughing and giggling like kids. Of course we needed to get Alan’s hire boat back to Sydney Harbour Kayaks before it got too late, so we turned around and made our way back through the debris to The Spit.

The Adanac paddles proved brilliant (full review coming soon) and the day proved that no matter how gray the weather may look, when you’re paddling with friends there’s always a heap of good times to be had. Get out there, get wet and have fun! Cheers – FP 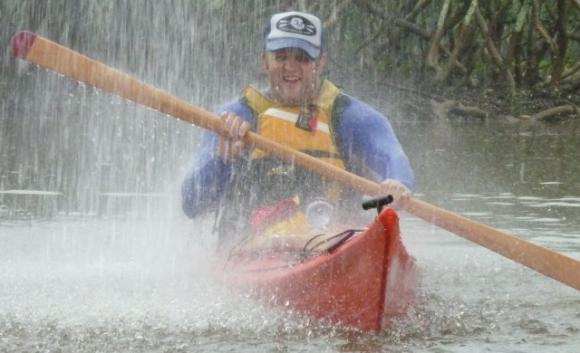