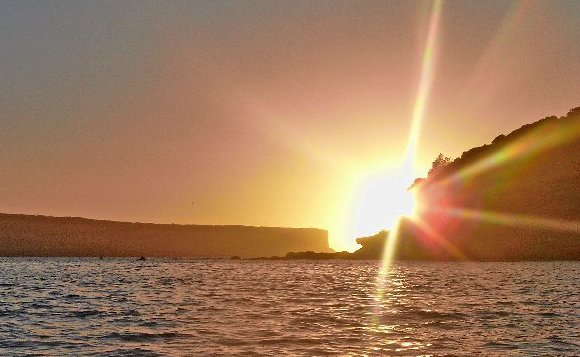 The sun rises over the Pacific Ocean and North Head (Image: P. Grummett)

With another relatively calm weather forecast, the lads of Team Fat Paddler (Nat, Grumm and yours truly) decided it was time for another run down the cliff  line from South Head, heading for a bit of a play down at The Gap. Setting off from the beautiful Balmoral Beach, we paddled out past Middle Head and into the major shipping lane, where we did a little wake-jumping with the Manly Ferry. 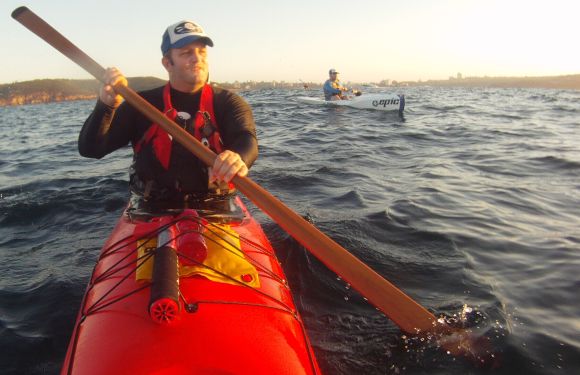 Hunting the ferry, with Nat on his V8 and Grumm a few waves back 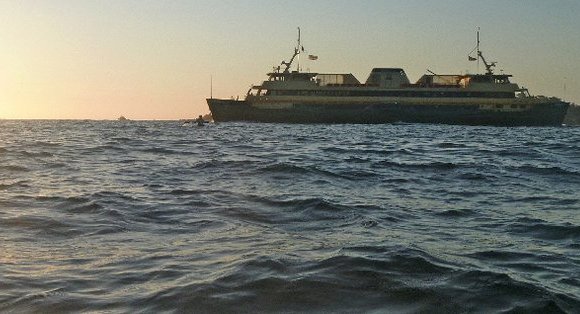 There she is, the Manly Ferry. Surf's up! (Image: P. Grummett)

Riding a little ferry bump out towards South Head

After the fun of punching through walls of water and bumping around in the ferry turbulance, we made our way out to South Head, passing by the spot where we’d had our little meet-up with a shark a few weeks earlier. Little breakers were rolling in across its submerged rocks and the early morning sun painted the cliffs in beautiful orange hues. It was simply beautiful. 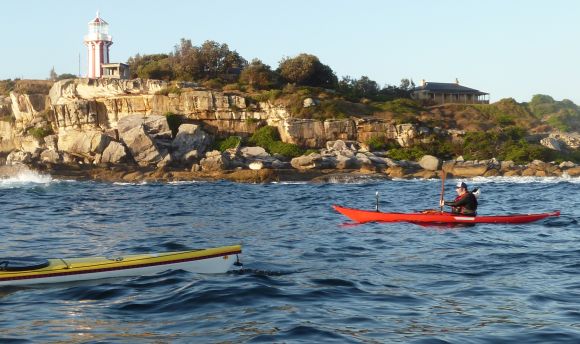 Having a good look at the candy-striped lighthouse on South Head (Image: N. Bradford)

As we pushed on a little further out to sea, the swell seemed to get a little bigger and some choppy wind waves started mixing it up a little. As I stayed a few hundred metres off the cliff line for a good look, Nat and Grumm pushed on out a good 500 metres to try to get out of the nearly-breaking waves that were rolling in. In fact, I think I almost heard a little girlie squeal from Grumm as a decent wall of water took him broadside and he wavered in the tippy rocket that is his boat.

Travelling down the coast heading for The Gap.

Not to say I wasn’t struggling a little too. Running perpendicular to the steep swell was giving me plenty to think about, as I seemed to spend more time bracing than actually paddling. I managed to slowly make my way down the coast until I finally lost site of Grumm and Nat, which worried me a bit. So I turned out to sea and a few minutes later met up with Nat who’d been hidden in the swell. As it turned out, Grumm had had enough of trying to stay in his tippy boat and was turning back for the Harbour. After a quick conference, Nat and I decided to follow him in and enjoy a somewhat more leisurely cruise in calmer waters. 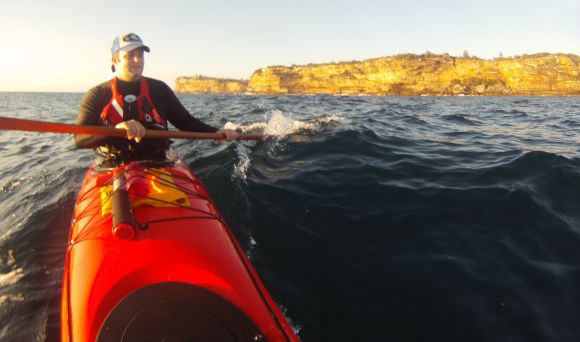 A whole lotta bracing going on! On the run back from The Gap.

Once back in the Harbour we dropped into Watsons Bay for a relaxing coffee, and got to watch Andre Janecki playing with his Hybrid 550. Then we zoomed across the Harbour (via a newly discovered little rock garden), before heading for a little play in the rebound off the cliffs of Middle Head to finish up the day. 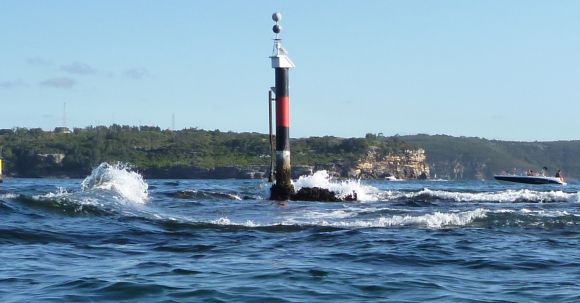 Love discovering new things, like this lumpy little rock zone in the middle of the Harbour 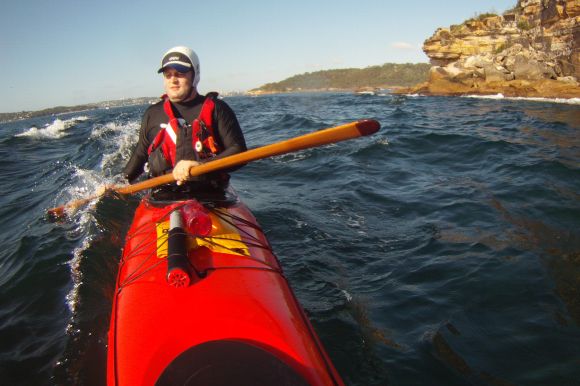 Lots of bouncing around off Middle Head. And MORE bracing!

All up a fun little adventure – it had action, it had coffee, and best of all, it had time with mates. And people wonder why we love this paddle caper so much?? Cheers – FP