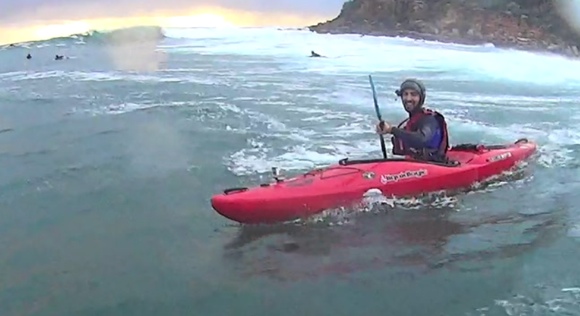 Manly Beach, Sydney. It’s an iconic Aussie coastal spot with great surf and miles of pristine sandy beach. It is also the home of our local paddle surf spot, a rocky point jutting out to the south of Manly Beach known as The Bower. It’s a great little right-hander, with two linking breaks that are perfect for paddle craft. It’s also a spot where waves break over jagged rocks just a few feet below the surface, and usually it’s only frequented by surfski paddlers, a few SUPs, the odd waveski and very rarely, a gutsy board surfer or two.

Over the past few weeks Sydney has been buffeted by big ocean swell off the back of Cyclone Oswald, creating dangerous messy surf that has been pretty impossible to ride. This day however the surf was still up, stated at 2M but with far bigger bomber sets coming through every ten minutes or so. And remarkably, the ocean was clean and flat between sets with a light offshore breeze holding up the waves to create almost perfect surf conditions. 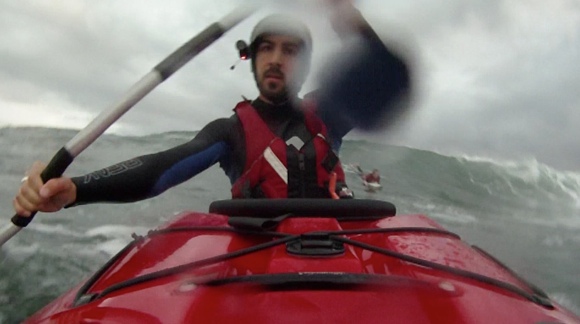 We’d come to try our luck on the bigger surf, with wetsuits, helmets and booties being preferred in case it got nasty. When we paddled around the point we were amazed at how big the sets were, and how perfect the surf was. It had all the makings of an epic surf session at our favourite little spot. Or so we thought.

Because although we got out there before 6am, we watched as a constant stream of board surfers paddled out to our waves – first a dozen, then two dozen, then litterally dozens and dozens as the crowd started to swell. Every wave had a dozen surfers racing to catch them, everyone dropping in on each other as they fought for waves. 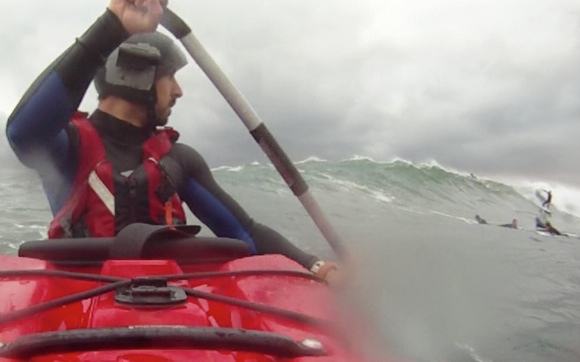 For those of us in boats, we dont really have anything to fear from the surfer traffic, but we do prefer not to (a) kill other surfers with 20 feet of fast-moving fibreglass, and (b) have to clean blood and guts off our boats. After quickly finding that we had numerous surfers trying to take every wave, we drifted a little wide to grab what we could, in between the odd dash into the middle of the break zone for some excitement whilst dodging surfers.

In the end I suspect the surfers won out on numbers alone, as it became very apparent that we simply wouldn’t be able to miss them on each run down the waves. We’d each been pasted a few times by big bomb sets anyway so leaving wasn’t too painful, but we certainly hoped that next time another surf break would go off so we could get our Bower back. Probably a little selfish on our behalf, but that’s how it goes! Cheers, FP

7 thoughts on “Paddle Surfers vs Board Surfers: The Battle of Manly”